I have been to Buttons before and it was so good I returned three times in the same week long trip. The restaurant is built around the idea that food and music are universal. When you walk in you are listening to some kind of jazz and the menu will be an upscale Southern with plenty of soul... 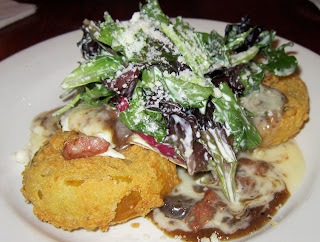 We ordered a plate of the Fried Green Tomatoes for the table and it was outsatnding. An over easy egg is placed on top of three tomatoes as well as pancetta, gravy and a cream sauce with a well dressed salad. 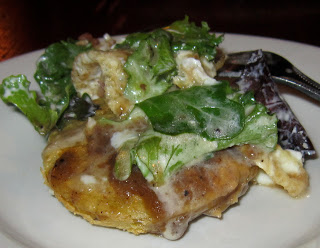 It was so good we ordered another plate for the table. We were so spoiled but the best tasting dish being the appetizer! 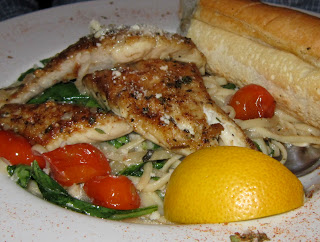 My darling husband ordered the Tilapia with tomatoes, spinach and fetticuine. It was light,fresh and found on Button's "New School" menu that focuses on healthy eating. 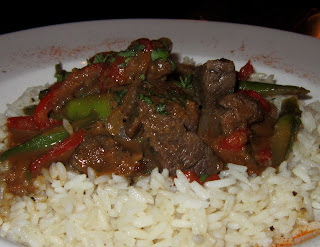 Cowboy Ron had the Beef Tips and said they were tender as could be. He said he just wishes he ordered another plate of the fried Green Tomatoes for his meal. They were that good! 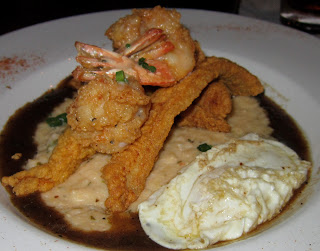 Mama Melissa had the Catfish, Shrimp and Grits. It had red eye gravy and another over easy egg. This dish was just out of this world good. I loved it, heaven on earth and full of soul.

I recommend this restaurant to anyone who loves good food. My mom is the ultimate connoisseur of Fried Green Tomatoes so we will hear what she thinks of my favorite place, Buttons.