I have been stuck on horse mode for the past weeks and haven't gotten to do much fun rood adventures so let me catch you up!
I went to the Pacific Coast Cutting Horse Association's Winter Round-Up and did extremely well! I was the Champion of the 5/6 Non-Pro on my horse, Hip Hip Roo Rey. Not only did I win prize money but I got the sweetest compliments from spectators all day long.
My horse has a little back story, let me share it with you. I am really big into the best care possible for my equine athletes so I had quite a journey figuring out how to get Hip Hip Roo Rey comfortable, read along...

---------------------------
Hip Hip Roo Rey.
In 2009 Ally Dual Rey gave birth to a flashy Hick Chicaroo stud colt. Ally was never shown because she could not stand up to the rigors of training. She had trouble relaxing under saddle or even in her stall, she would work up and not down, could not focus long enough to learn anything. She was retired to broodmare life before her name would ever be announced through a horse show microphone.

As Hip Hip Roo Rey started his 2 year old training program he proved to be his mother's son and also became more horse than anyone wanted to deal with. He was flat dangerous and was sent off to a ranch, not once but twice to put in long days and wet saddle blankets. Knowing his mother's history it was our only shot and we were willing to give it our all.

At the end of his 3 year old year he finally became a horse that was showing signs of talent that would be successful in the show pen. We had him shipped back home and started to teach this 3 coming 4 year old how to cut, just as if he was a 2 year old on day #1.

Mid way through his 4 year old year he finally was ready to take to a show. Central Coast Cutting Horse Association put on a show at the Hearst Ranch so we entered him up. He looked immature, intimidated and totally out of his league. That day he marked a 68 through experienced showmanship and kind judging. We kept entering him everywhere we went and he never won a nickel. This was expensive and often discouraging.

Throughout this process of seasoning him to become a show horse I noticed there was something always off about him. He seemed to be uncomfortable when I brushed him, after a hard work and even - weird as it sounds - a very diluted linament bath. Tying up was always something I was worried about him doing and it became so often I started researching what could be wrong with him.

Research made me take a look at what I was feeding him. I have experimented with everything. Every wive's tale, witch craft or indian remedy ever documented, expensive equine supplements, cheap feed store products and even human medicines to try to see a positive change in my little show horse. The year slipped by without a remedy and we were looking at year #5.

And then he got hurt, really bad. The poor little guy bruised his hocks so badly during my finals run at the PCCHA Winter Round Up that it sidelined him until September. What a bummer, it seemed like such a waste for this horse. As he was laid off, I focused harder on my research of what to give my horse to help him withstand the rigors of the show pen, both physically and mentally.

I stumbled across a product on the internet that sounded exactly what I had been looking for all along. Performance Equine Nutrition proudly showcased their MagRestore and Focus Equine products and I couldn’t help but feel like they were describing Hip Hip Roo Rey as they ticked off the symptoms. I learned that Hip Hip Roo Rey was most likely deficient in magnesium and most likely he was born that way, his mother also being deficient. MagRestore could be purchased in pellet form and it instantly relived me because I knew Hip Hip Roo Rey was a very picky eater. I scoured their website and became intrigued with their second product, Focus Equine. As it read, Focus Equine was not just your typical horse calmer that numbed your horse out but actually made one focus and think clearly enough to know it was safe and could work to it’s maximum potential. I ordered the both of them on the spot and asked for them to rush delivery.

Three days before Hip Hip Roo Rey had to walk to the herd at the Pacific Coast Cutting Horse Futurity he got his first dose of the MagRestore and Focus Equine. My husband noticed an immediate change in Hip Hip Roo Rey after just the first day. He felt him get softer, took schooling in the practice pen easier and more quickly, there was a spark in his eye that he had never had before. He developed this swagger that only really confident horses have and it seemed unbelievable that this could happen so quickly with the new products.

Hip Hip Roo Rey ended up with a very successful show. He won over $6000, Non-Pro 5/6 Finalist, with checks in the Open 5/6 Gelding, Novice and Non-Pro divisons as well. This was his largest money earning show to date. We knew it was the MagRestore and Focus Equine that gave him the winning edge.

We continue to feed Hip Hip Roo Rey both products and have started supplementing our entire show barn with Performance Equine Nutrition. We have found the supplements to be amazing quality, palatable for the horses and totally affordable. In addition to the terrific products we have found the knowledge and one on one care you get from the staff at Performance Equine to be top notch.

Hip Hip Roo Rey and I encourage you to take a moment to research the products of Performance Equine Nutrition – www.performanceequinenutrition.com - if any or some of what I have talked about could apply to one of your special equine friends.

Thank you Performance Equine Nutrition for allowing Hip Hip Roo Rey to be comfortable, competitive and totally relaxed. He has finally blossomed into the little champion we knew him to be the day that he was born!

I hope you enjoyed my testimonial. If you have a horse or know of a horse that might benefit from any of these products please do not hesitate to try them! It will be the miracle you have been searching for!!
Posted by Melissa Good Taste at 2:46 PM No comments: 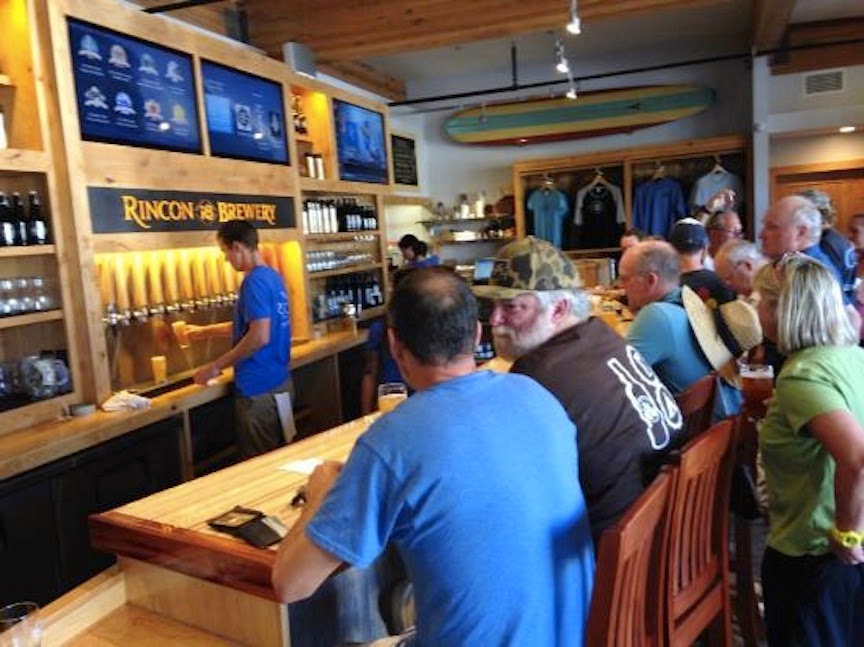 How cool does this place look? I received a special invite from my sweet friends, Lindsay to check out a new brewery located in cool Carpinteria. Carpinteria tends to be a little busy on the weekends due to the safe beaches and downtown shopping so if you see a open parking spot, you better grab it! 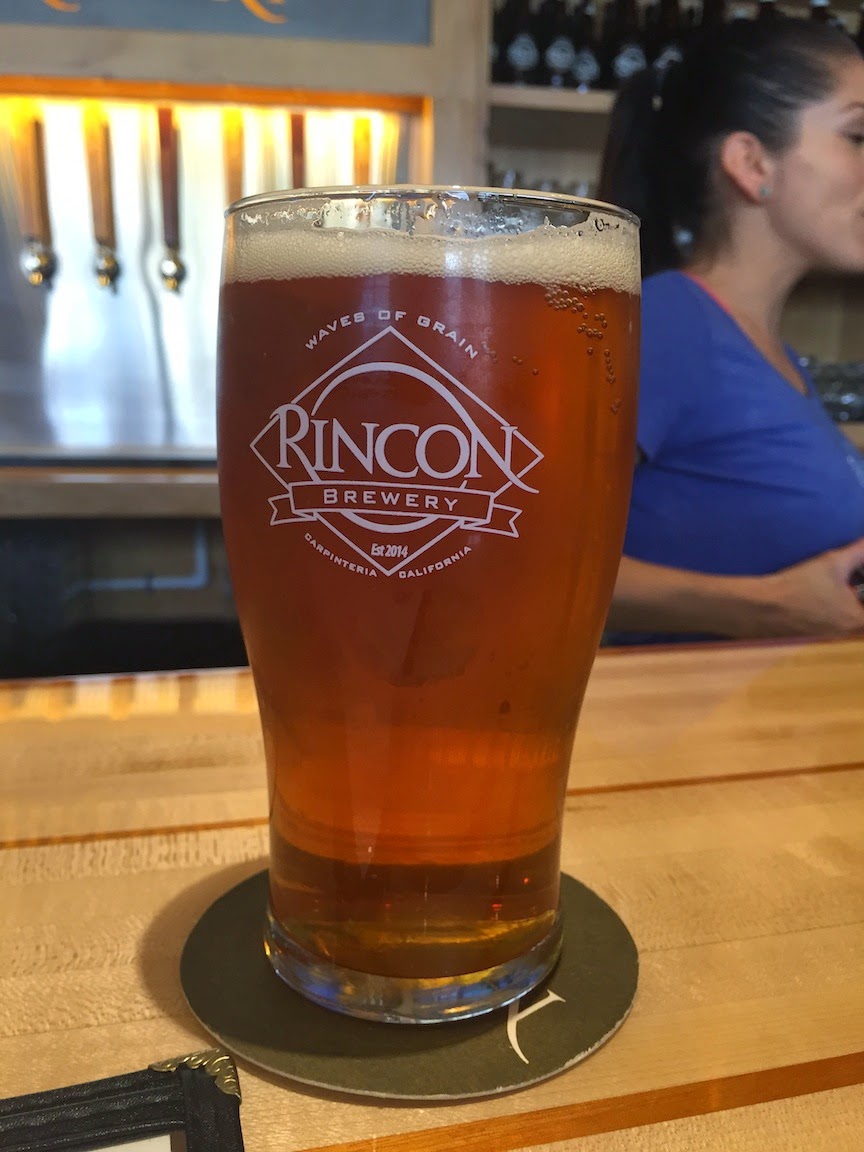 All the beers sounded good for different reasons. The Bates Blonde is of course light and drinkable and there is also a nutty Mac Brown that would be fabulous on a cool evening. But the one that made it into my glass was a Mexican inspired Vienna Lager names "La Reina". 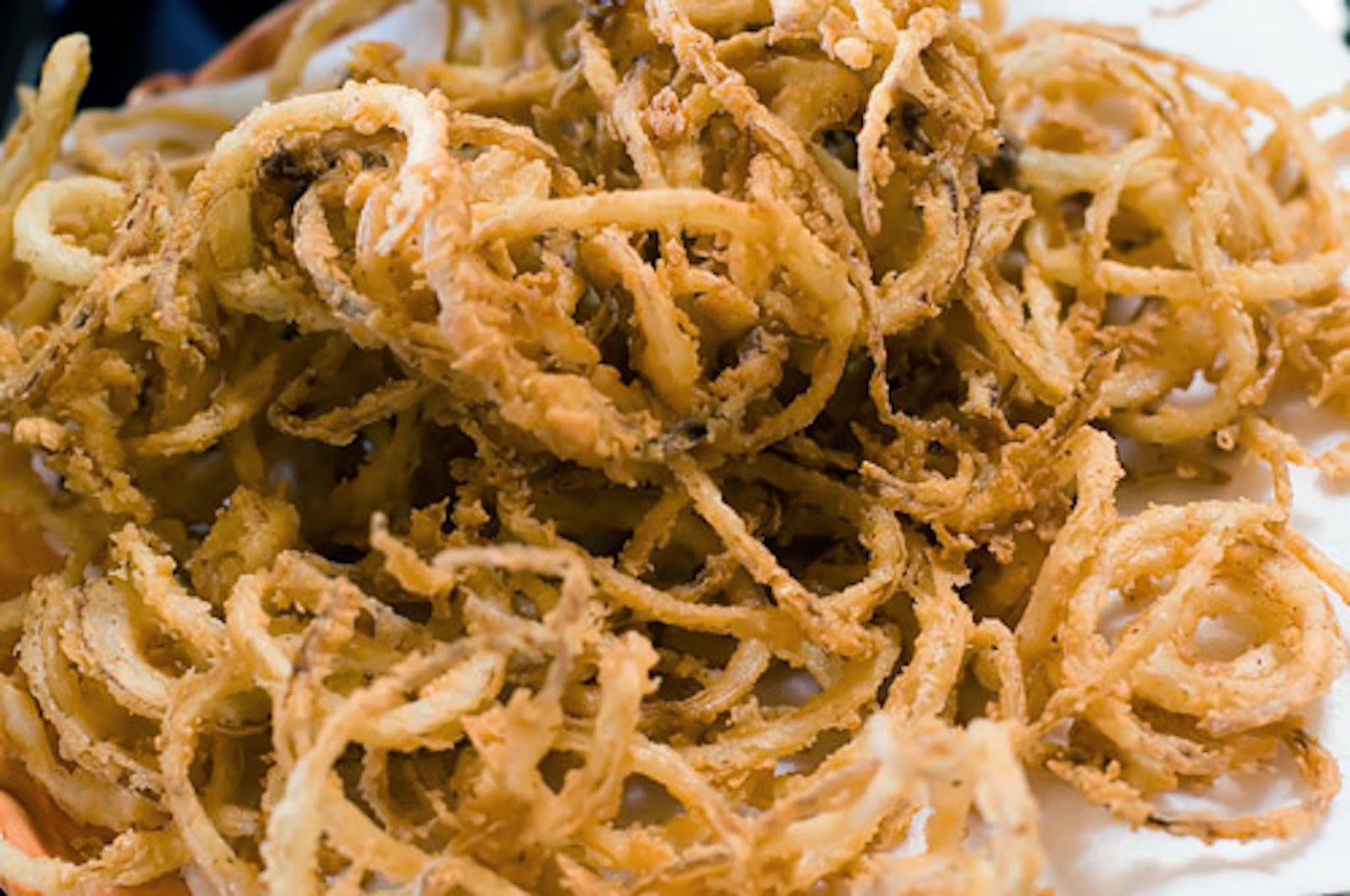 The menu read like a perfect combination of comfort food and fresh vegetables. I love the idea of the Fried Chicken Salad filled with with crisp green but then made naughty with the fried chicken and cornbread! We opted for a large bowl of Onion Strings to share and I ended up eating most of them. They were greasy, salty and just perfect.
Thank Lindsay for the invite!
Posted by Melissa Good Taste at 11:41 AM No comments: