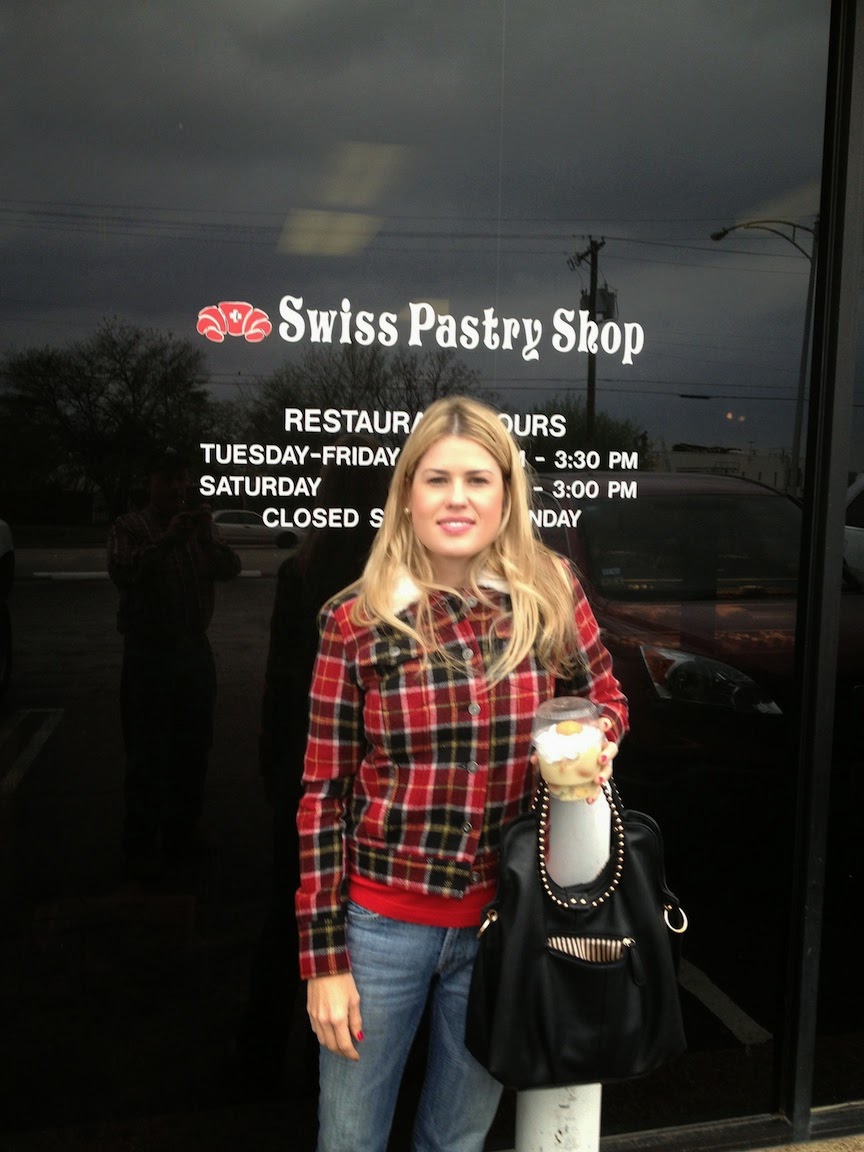 Scott and I have spent months together in Texas and most always have stayed at the same hotel, taking the same route to the show every morning and evening. The Swiss Pastry Shop is on the route and we always wanted to stop in and try it. We had some free time on an off day and decided that we would finally quench our curiosity thirst. 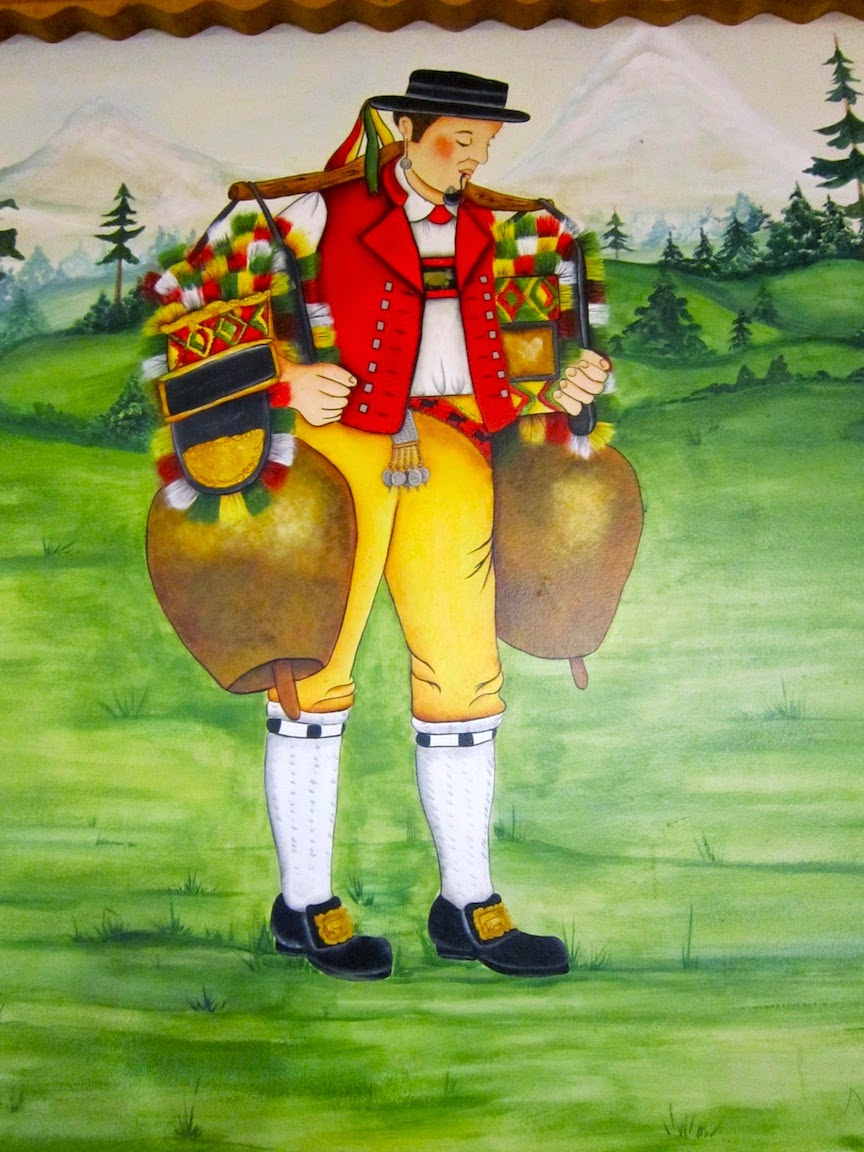 I consider myself 100% Swiss. I know that I absolutely am not, in fact I am just a mere 25% but it was celebrated in our family like we were very much so. I can remember going to Swiss picnics with my grandparents growing up and can match my Mom's polenta and stew up to anyone we tries to say they do it better. My dad hosts the Elk's Swiss Night every year so I am really proud of my Swiss heritage. 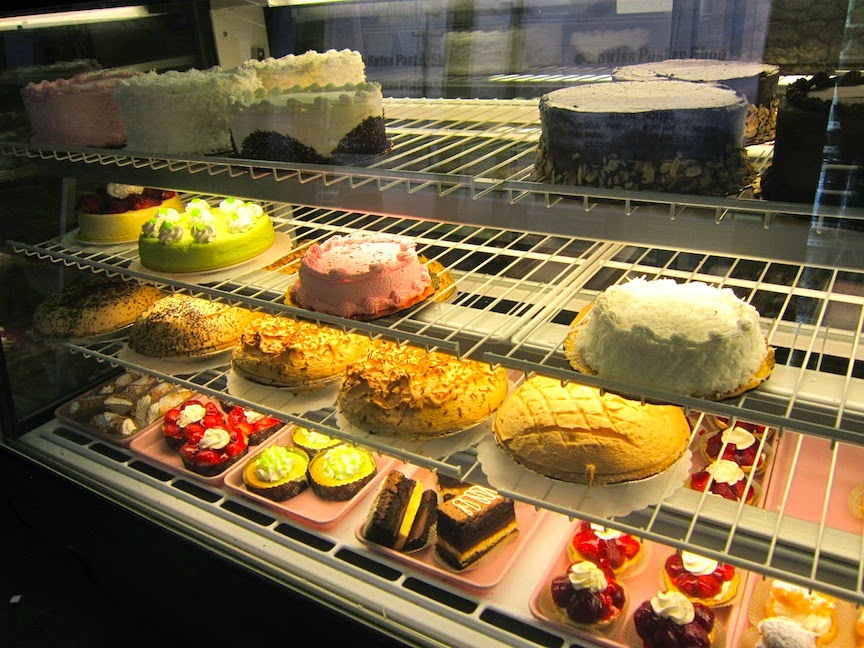 As you first walk in you are greeted with glass cases of all sorts of baked goods. They tempt you to look in and salivate... 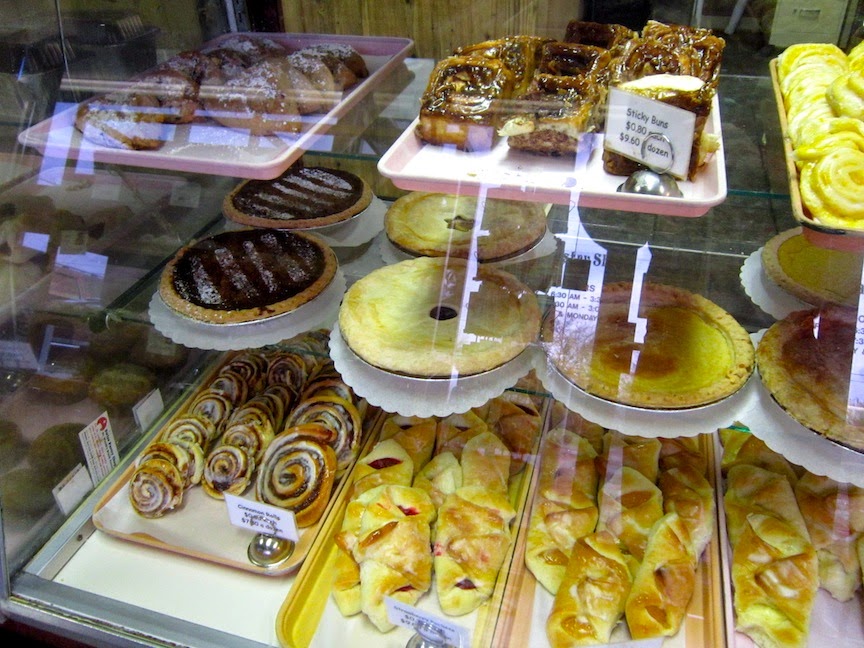 I had my eye on a few things I knew I wanted to take back to the room with me for later. 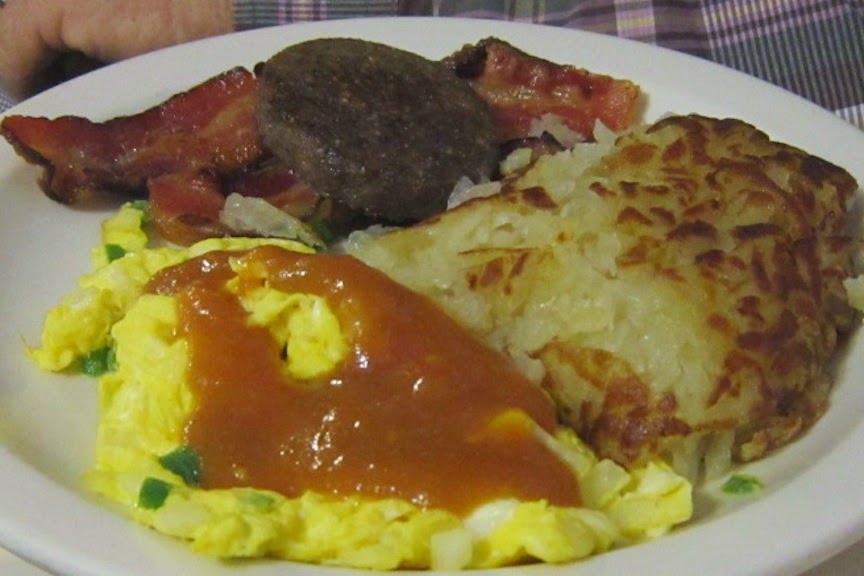 Scott wanted traditional breakfast of eggs, hash browns and bacon. Out came a huge plate of food and he immediately tried to pawn off his sausage. He doesn't care for it as much as I cherish greasy breakfast meats. He requested salsa (Swiss Salsa?!) for his eggs and it came out like fire! Very spicy. Who knew?! 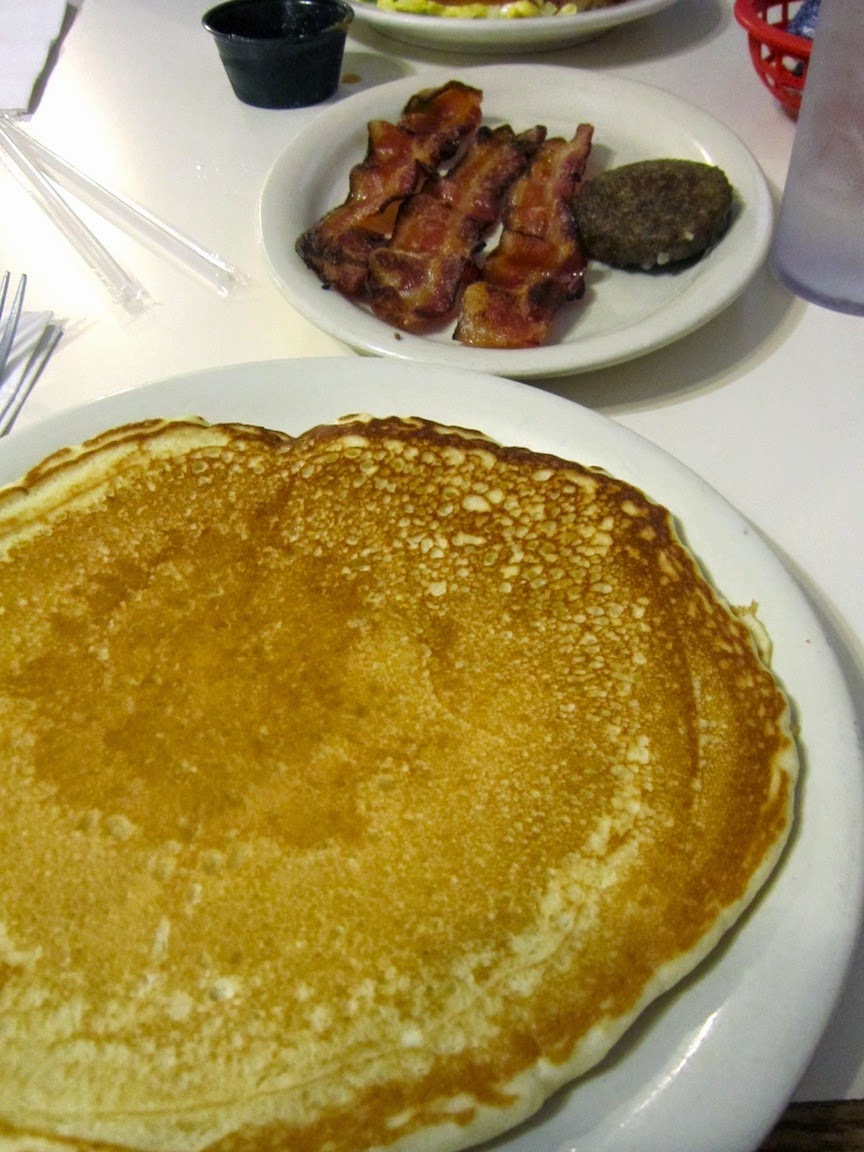 I opted for Pancakes and a side of bacon because I am in love with overdressing it with butter and syrup. It creates a soggy mess that I absolutely cannot get enough of these days. The bacon acts as a salty break from my plate of syrup. Breakfast doesn't happen often with us so when it does, I go all out. 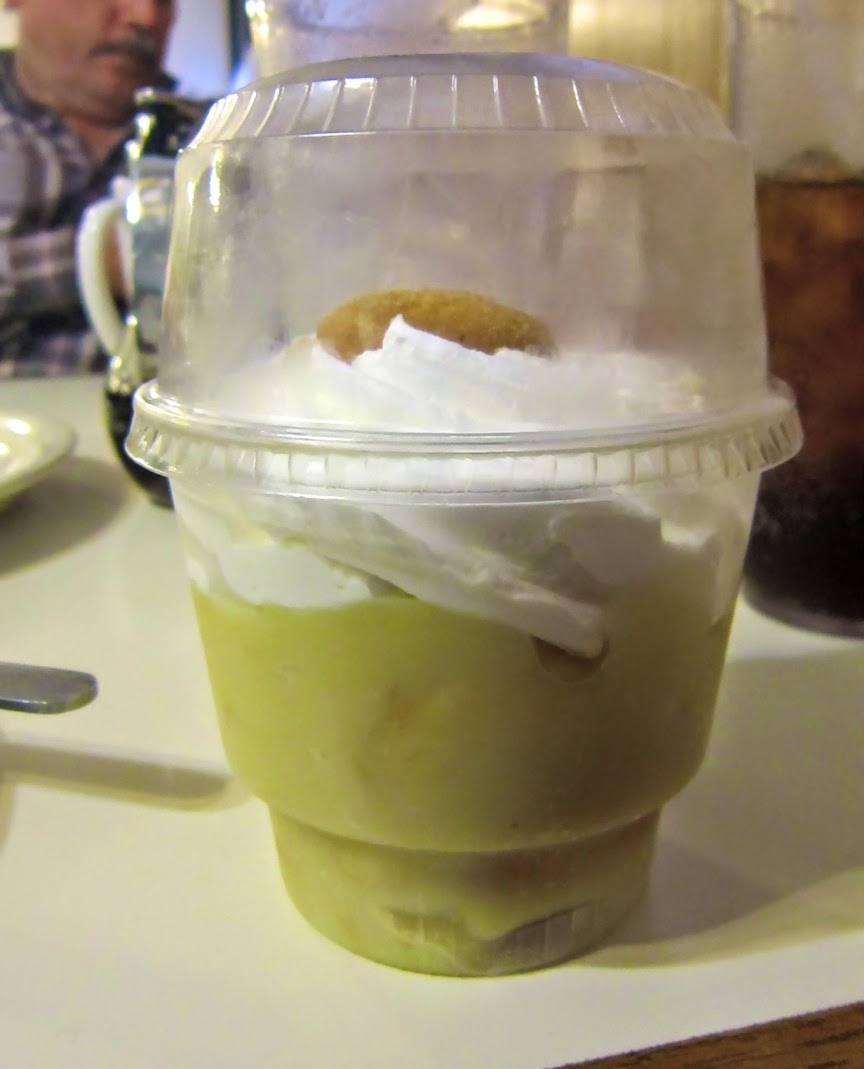 I took Banana Pudding to go because I love it and Texans really know how to do it right. It seems like California doesn't embrace the pudding the same way.
I don't have much bad to say about the Swiss Pastry Shop's breakfast except it lacked Swiss food. I would have been thrilled to order polenta and stew, toasted torta or a tray of their best unique sausages. We were impressed though with the friendly service of the breakfast so we went back at 11 the following week to repeat our experience. We apparently missed breakfast and had to order lunch. I think Scott only wanted bacon, eggs and toast on a plate but the waitress stood her ground claiming breakfast was over. So we ordered off the lunch menu and it was not great.
Go for breakfast and to drool over the baked goods!
Posted by Melissa Good Taste at 9:13 AM