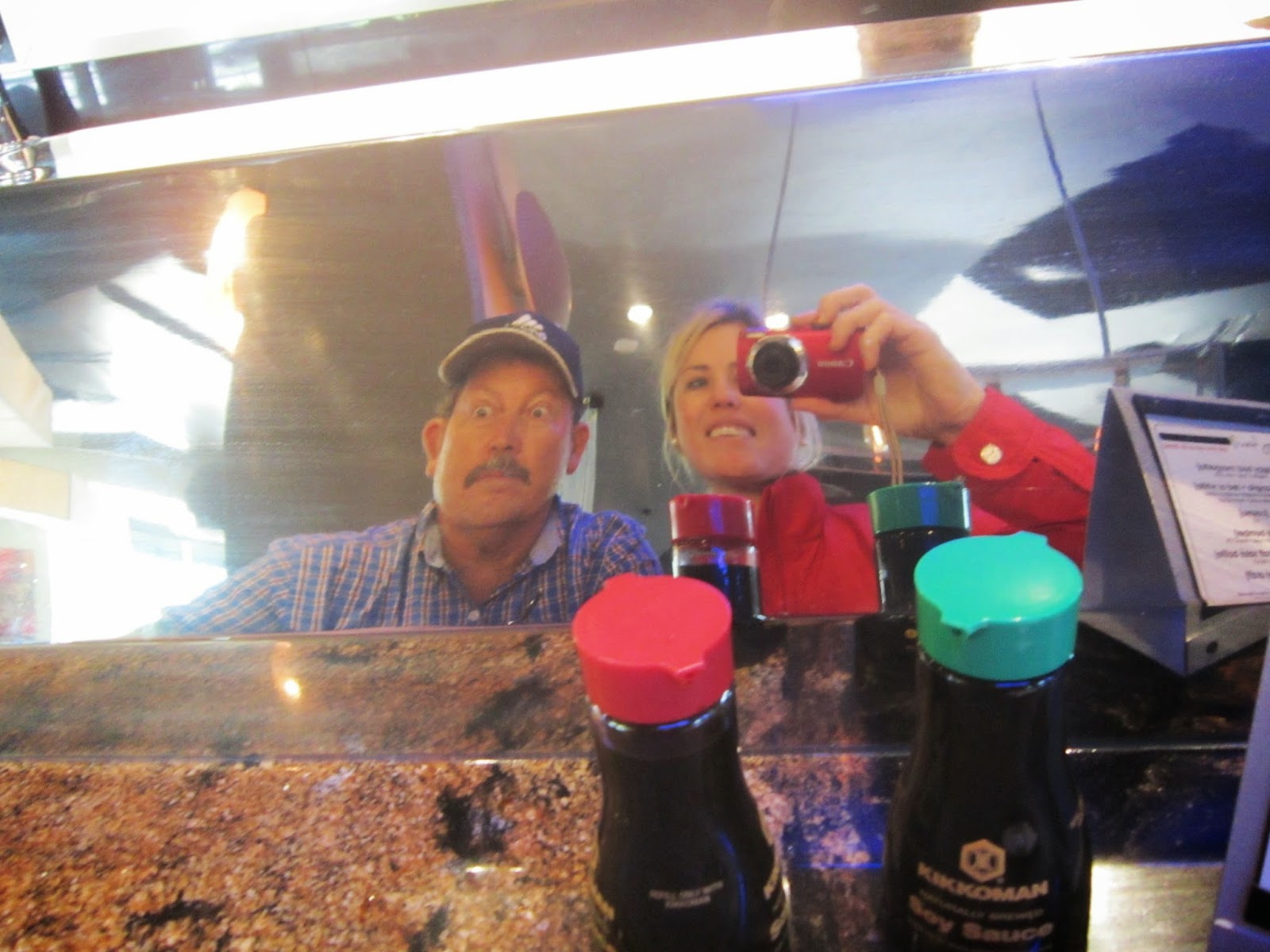 Scott Good Taste is a big fan of golf so we went to the new Kona Grill to watch the last day of The Masters. We took a seat at the sushi bar in front of the four screen television to take in the last nine holes! 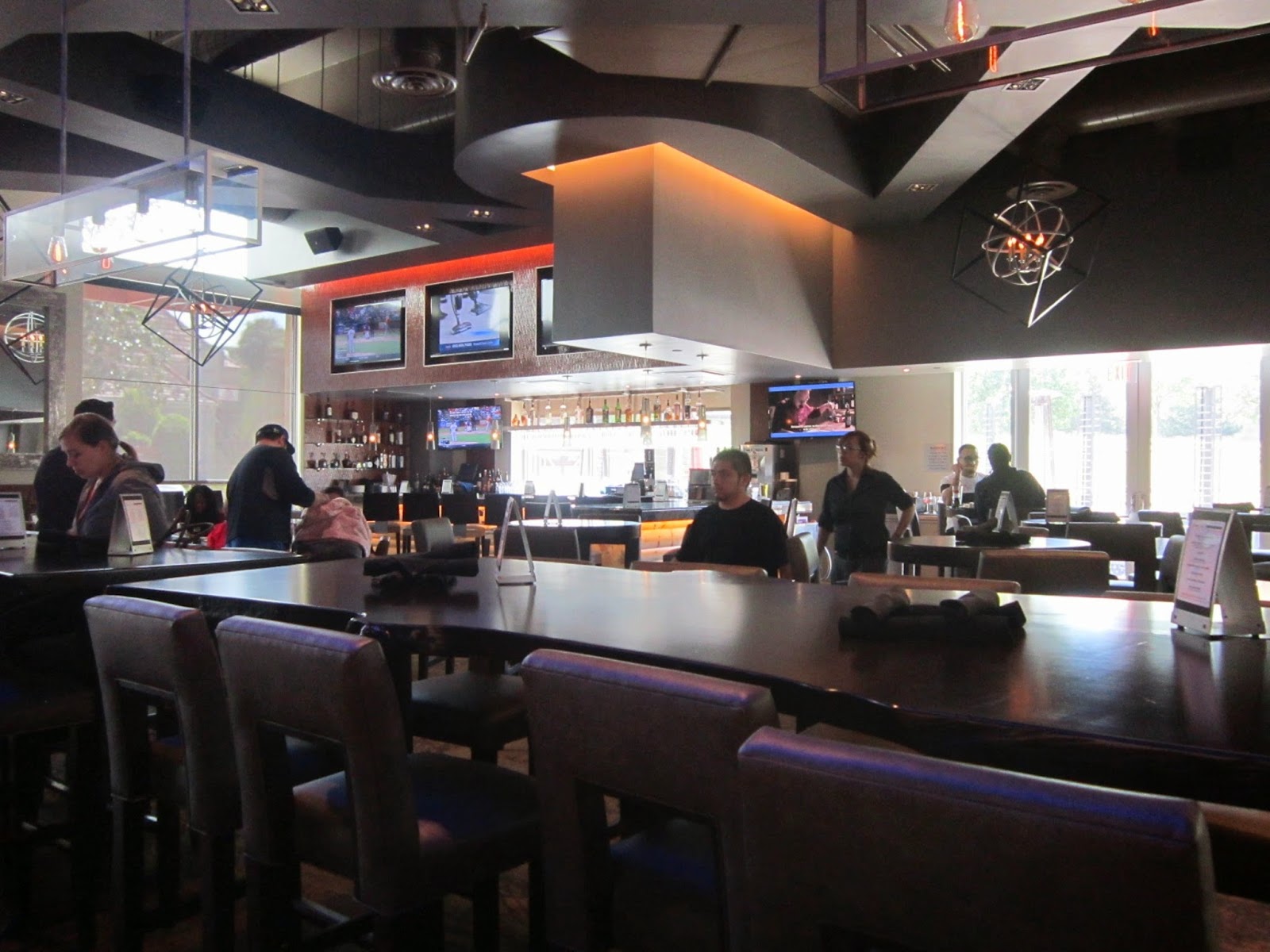 The new restaurant is beautiful, hip and trendy. 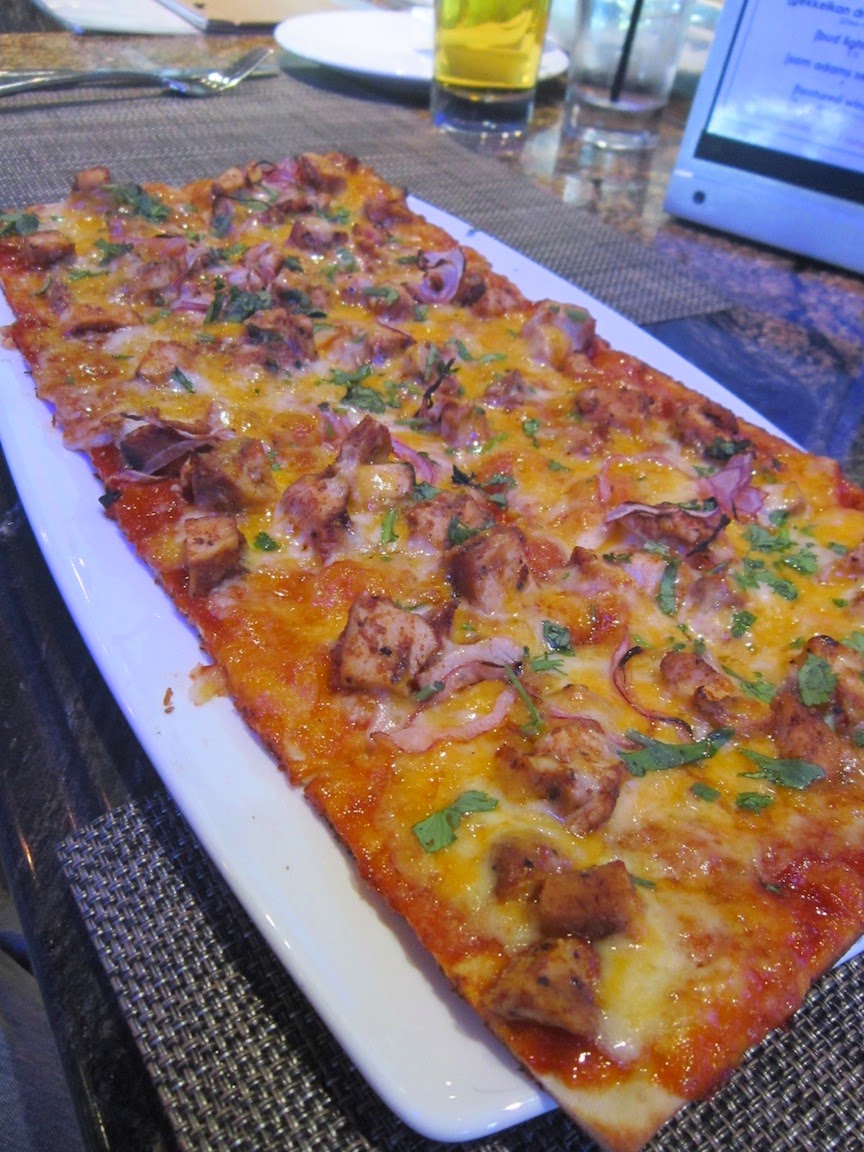 Although we were at the sushi bar they were kind enough to let us order off every menu including Happy Hour. The BBQ Chicken Flatbread is exactly what Scott wanted. The chicken, BBQ sauce, red onions and cilantro are divine. The cheddar cheese is weird and does not quite fit but the portion size is huge so you get what you pay for. 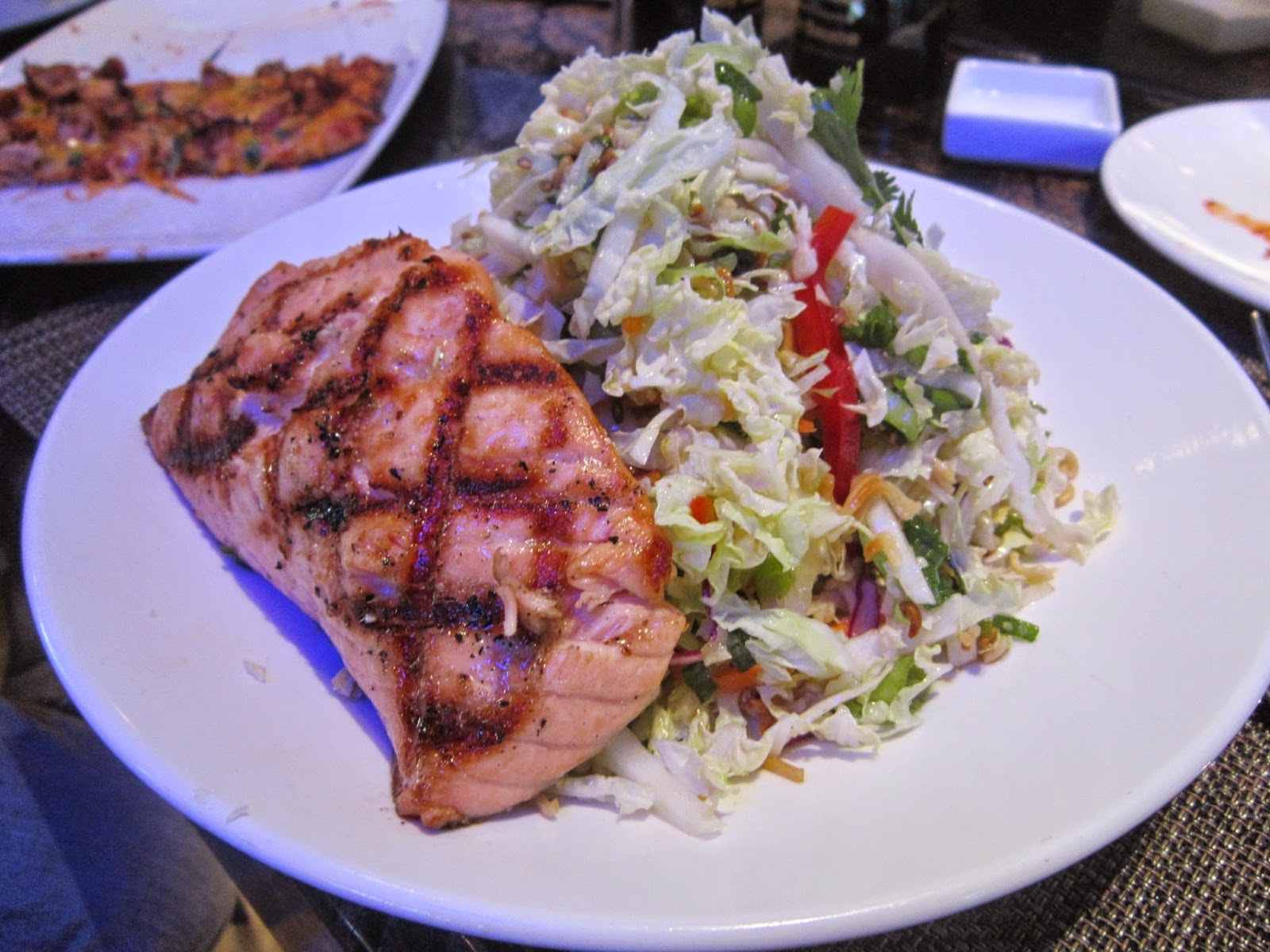 I was craving lighter fare so I went for the Oriental Salad complete with all things I love: Napa Cabbage, red bell pepper, green onion, cilantro, Raman crunch, carrots and a sweet soy dressing. I was hungry, hungry so I added a filet of Salmon on top. It was perfection! 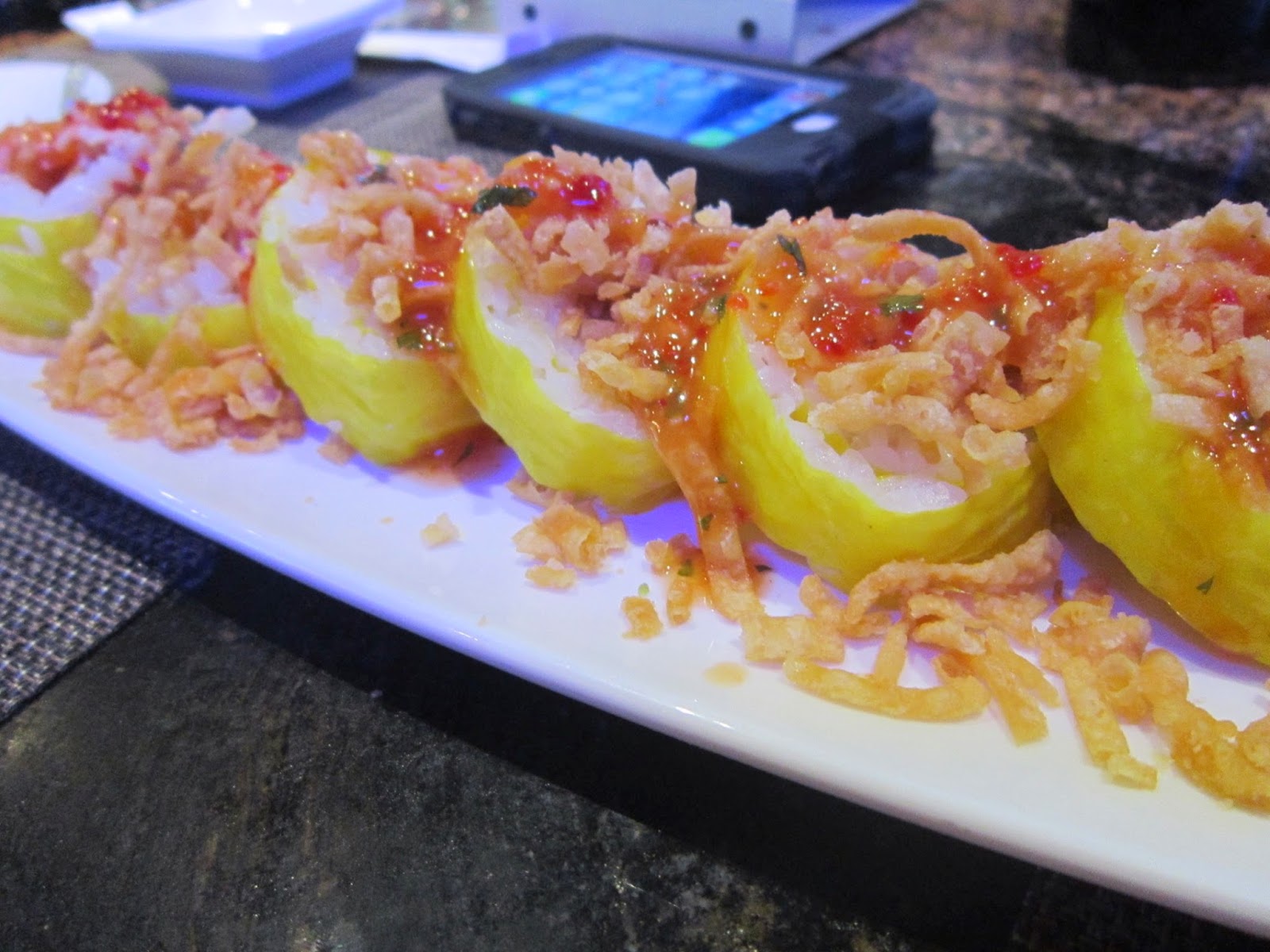 Scott and I were still hungry after watching Bubba Watson school the poor young guy so we ordered a sushi roll to compare it to Blue Sake and Sushi. We went for the Yamanda Roll because it had "crunch" that is what Scott was craving. The fried seabass, crab, cucumber, avocado and wonton crisps were very tasty. I am not sure it was the best sushi but it served it's purpose.

I am more than excited to return to Kona Grill to have a healthy lunch of salad and salmon. I encourage all my Fort Worth horse show friends to give it a go as well!