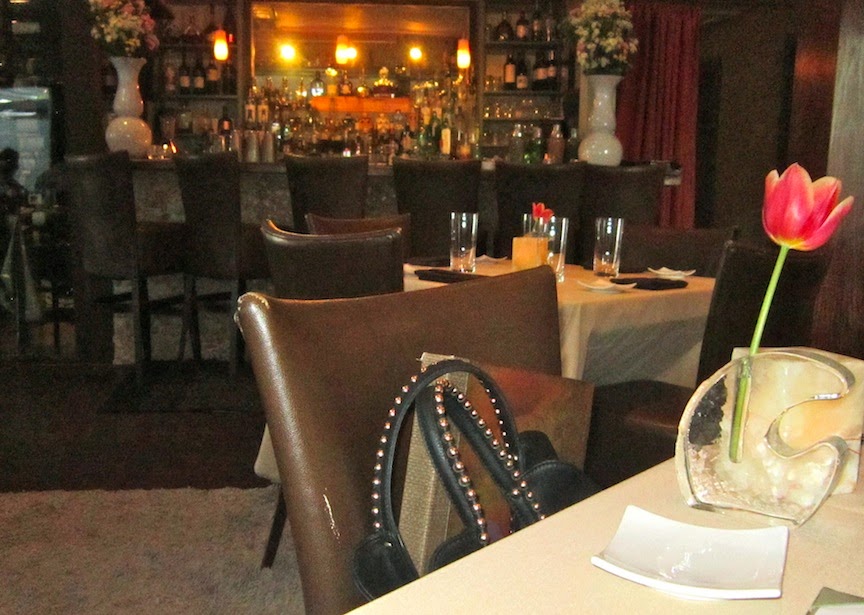 When we are in Fort Worth I wear many hats. I am first and far most, horse preparer to the stars: Cowboy Ron and Scott - grooming, spoiling, graining, spoiling, wrapping, spoiling, loping... all the important things. I am head laundry lady, occasional stall cleaner and full time comic relief. But, what I am mostly taken on the trip for is restaurant adviser, "Melissa, where are we going to eat tonight?" So, I always have to have an original list ready.
That is what brought us to Lanny's Alta Cocina just a few blocks from the Will Roger's Coliseum. When you walk in don't be alarmed it seems like it may actually be someone's home or possibly a dentist's office but keep on stepping and be sure to have a reservation, the space is small so I am sure it fills up fast. 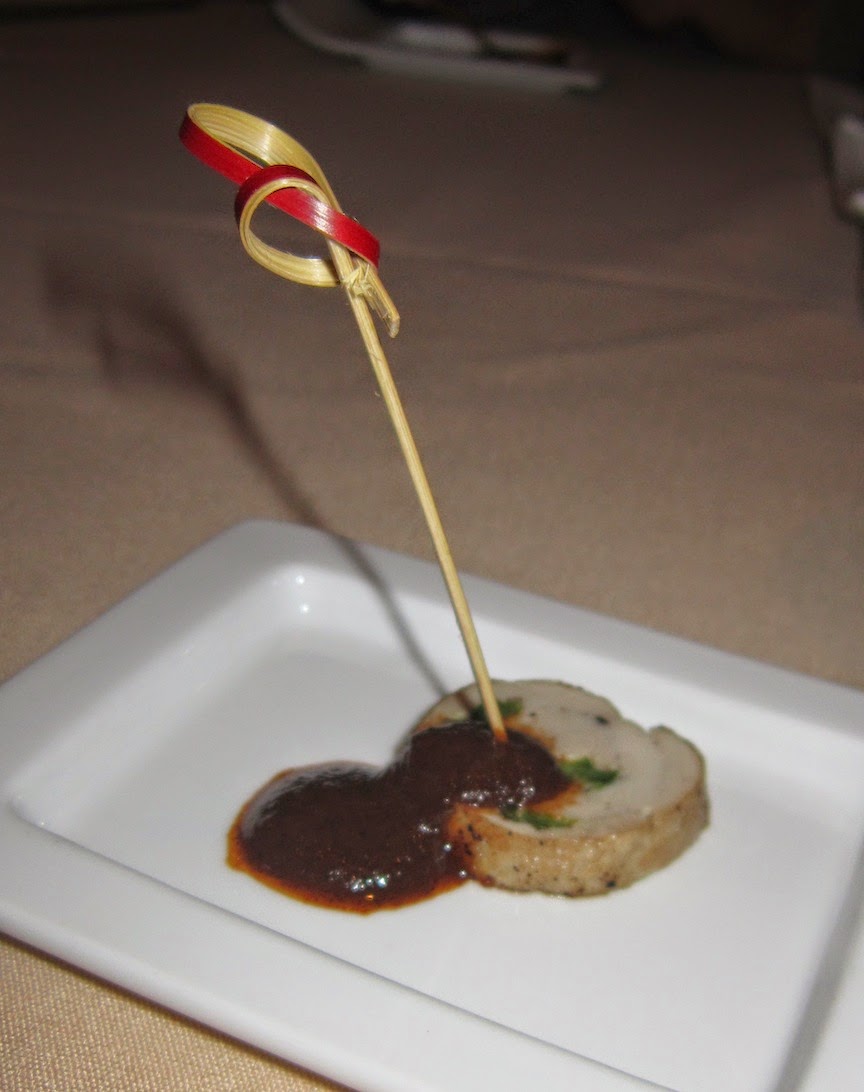 We were started off with an amuse that I didn't snag the details of but it basically tasted like a well made sausage, with a little kick and a tasty sauce that was a cross between barbeque sauce and mole. That was the most generic description ever but it did its trick and we already began salivating for what was about to come out next. 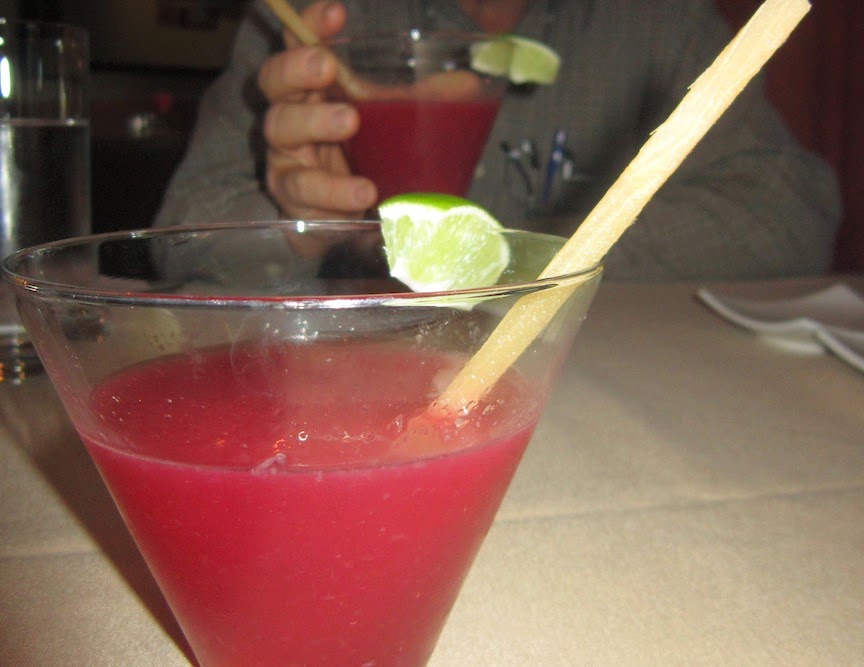 After Cowboy Ron read through eleven pages of wines we all decided to forgo the grape and have a Pomegrante Margarita. The weather was nice and we were feeling sassy so went went for cocktails instead. On the first round we were served our margaritas straight up, nice ice. We had a few suggestions amongst the group on how it could be better prepared. 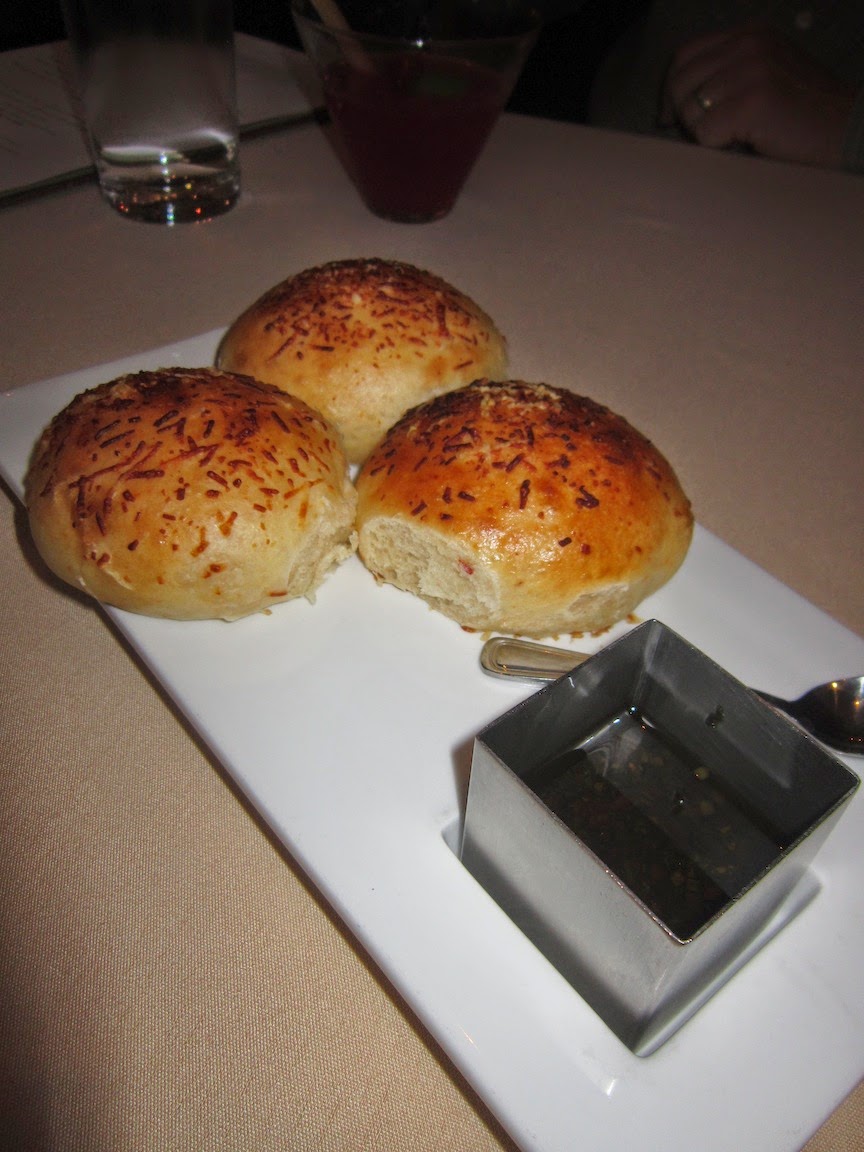 Fantastic, warm rolls came to the table and I knew by eating one I would just open the flood gates of eating many, many more. They were too delicious to be made anywhere but steps away and I could probably made a meal out of just them and a stick of butter. Fortunately, I composed myself and stopped the carbohydrate consumption after two, possibly three. 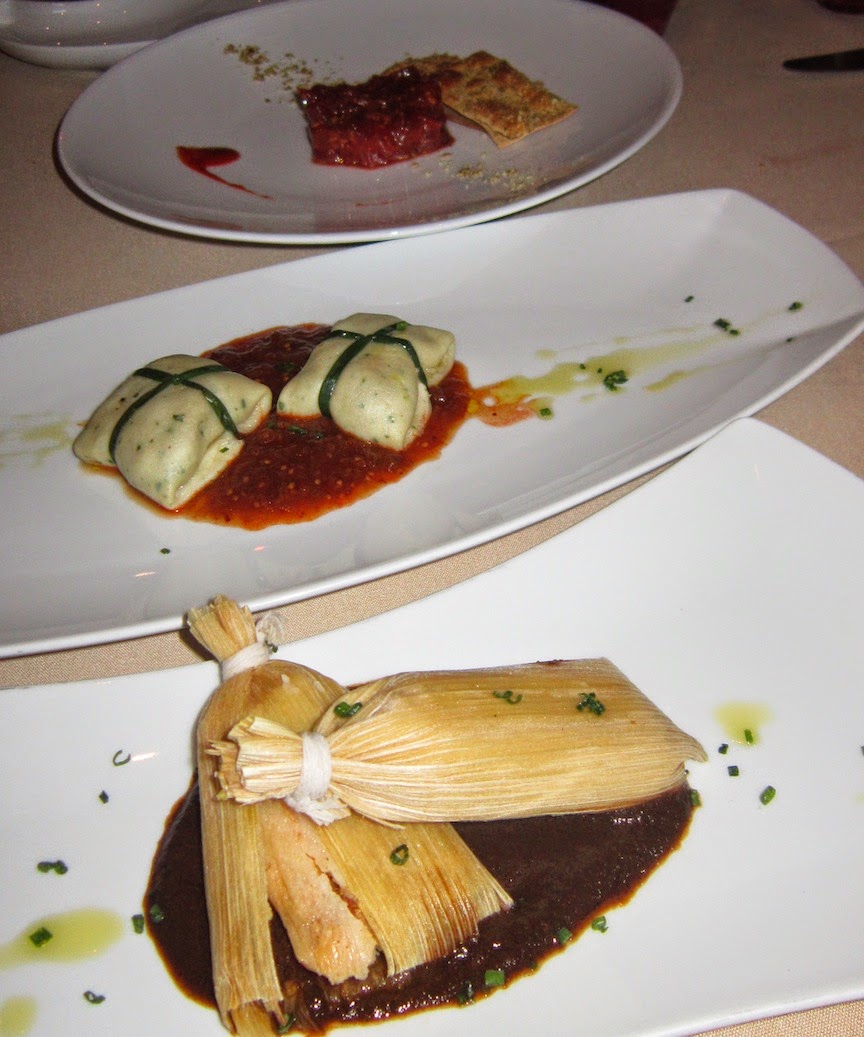 Cowboy Ron wanted to sample a variety of appetizers so the waiter was so kind to coach us through what might be the best representation of the restaurant. Starting up top was Ahi Tuna Tartar served with Pepita Lavash, Huitlacoche Crepes with Tomatilla Sauce, Cochinita Pibil Tamales with an Apple mole. My favorite was the tamales, the meat was deliciously tender and sauce a smoky, savory masterplace - first place! Second, was the Ahi Tuna. It was so fresh and had a little kick with chile on the crisp cracker. Third were the corn crepes, they were just a tad doughy for my taste. But, what do I know?! It was Cowboy Ron and Scott's favorite! 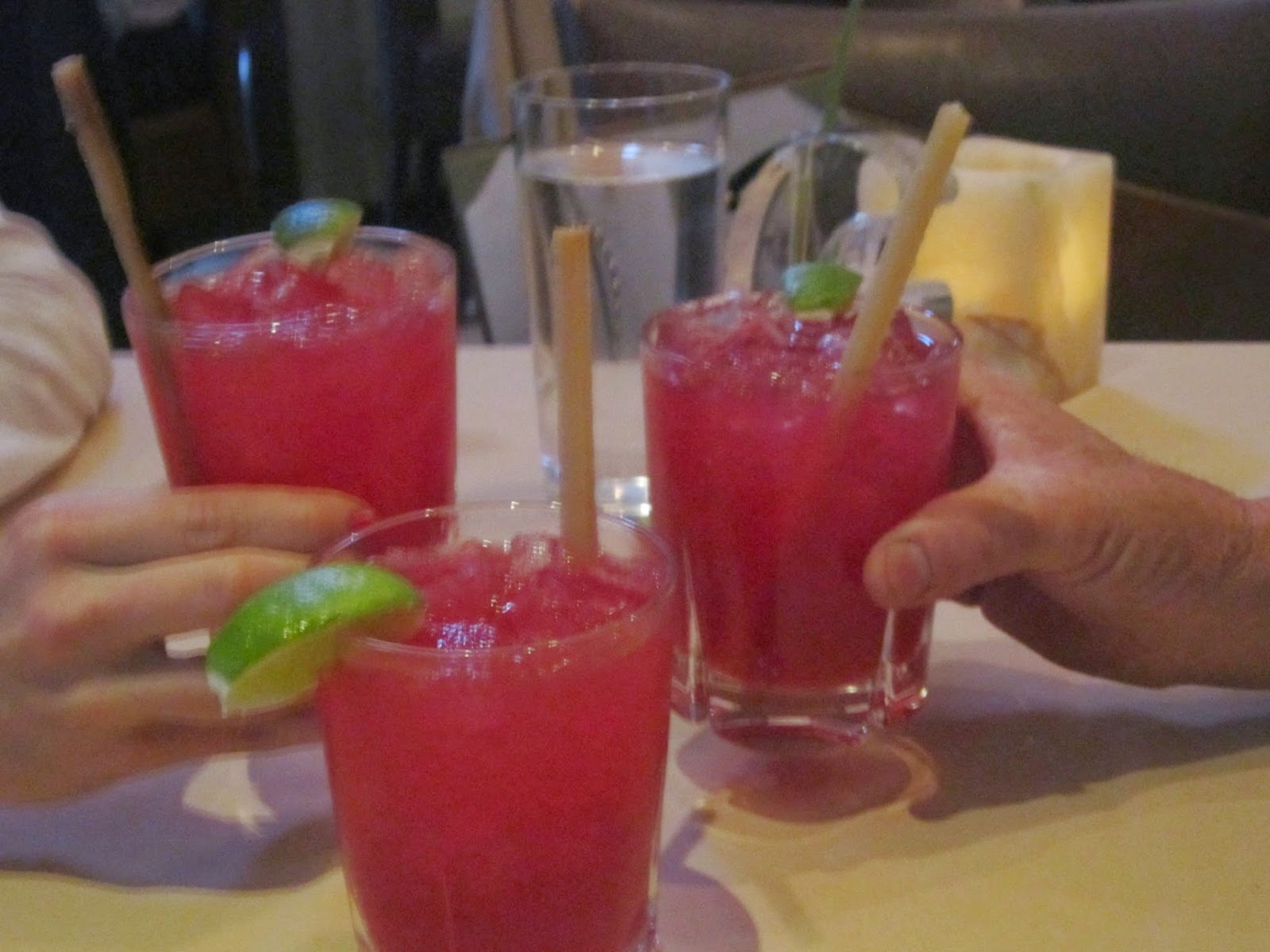 Round two, with ice addition! 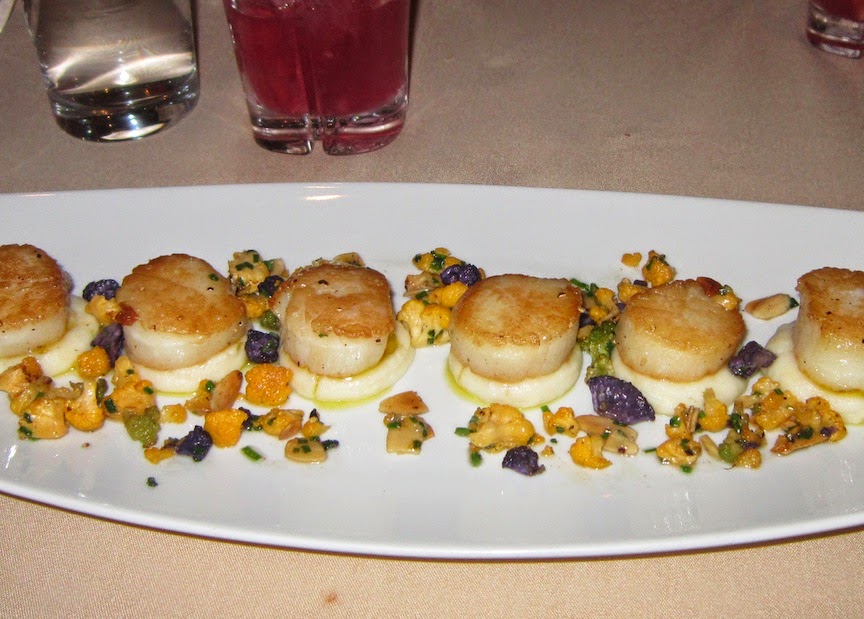 I know you are thinking scallops?! Again! I know, I know - I am a straight up sucker. These were fantastic. I loved the presentation but the delicate, clean flavors were just to die for. The scallops were seared to perfection, parsnip puree super creamy and the cauliflower and almonds added that right amount of crunchy texture. Amen! 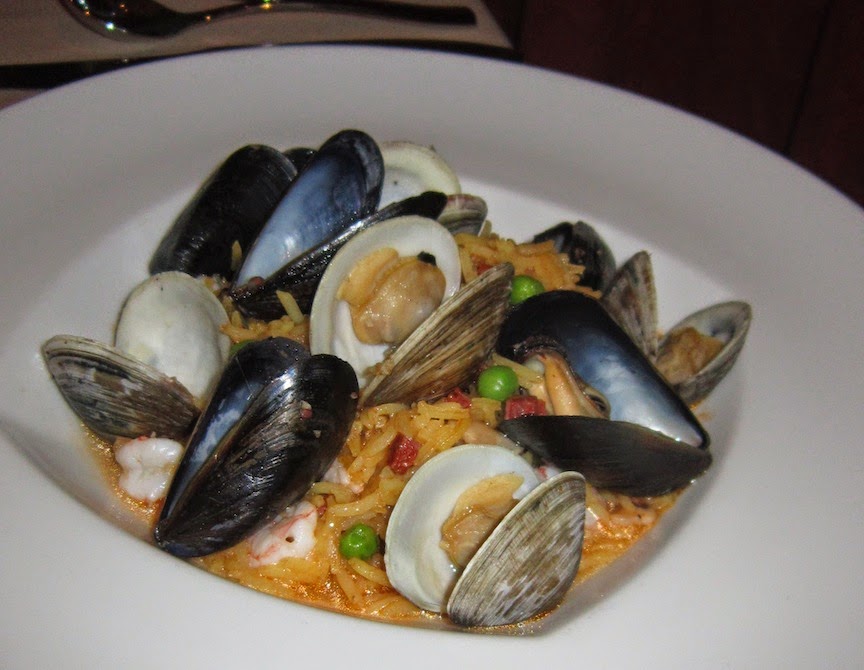 Cowboy Ron went for the Seafood Paella and declared it was the best he had ever had. I know he is nice to everyone about everything but I do believe him as I saw him wipe his plate clean to consume every last drop. The seafood was fresh, rice flavorful and vegetables looked cheery bright! 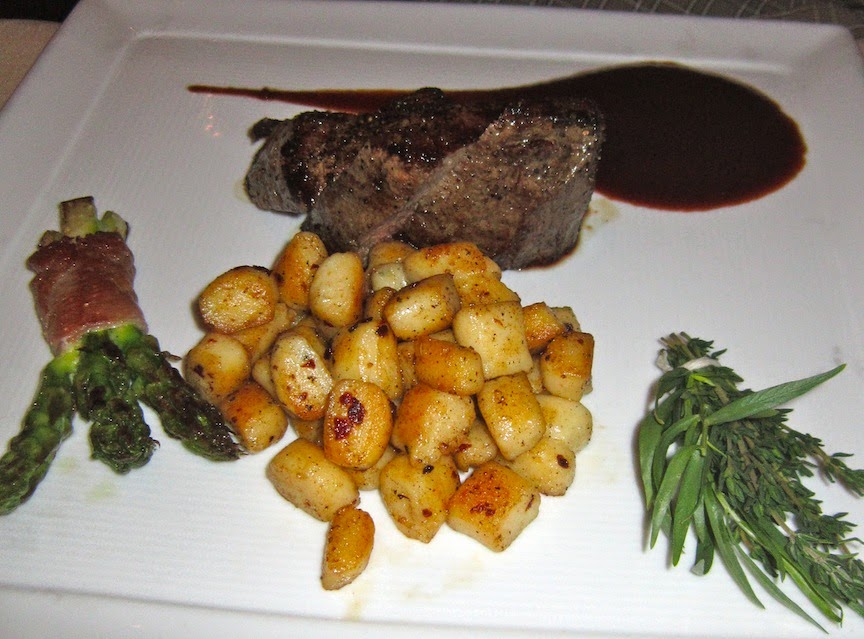 Scott ordered the Carne Asada thinking it was going to much different than this elegant plate. Who would have thought carne asada could ever look so chic?! Well, it can apparently and this is how they do it here. The serrano wrapped asparagus came bundled and looking cute as well as all the baby gnocchi. Those were fabulous as they were seared in brown butter, I ate most of them directly off his plate. 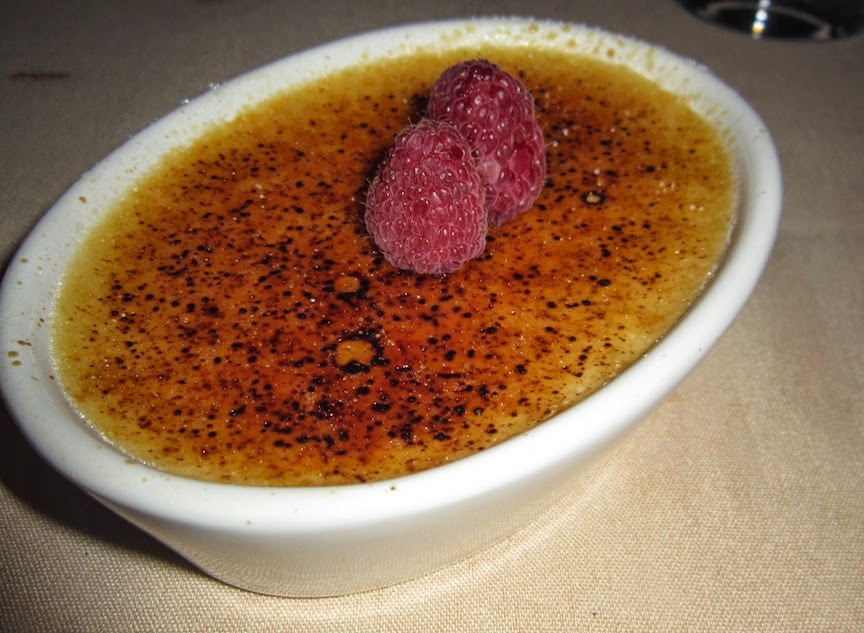 Dessert was light and simple as I ended up doing my same old thing over digestion and after dinner conversation. The custard was smooth and perfect so I lingered over the dish.
Start to finish the meal was outstanding! A highly recommend dinner spot for anyone traveling through Fort Worth. I will be back and encourage if you have not given it a try to do so during the NCHA Summer Spectacular in July!
Posted by Melissa Good Taste at 8:27 AM