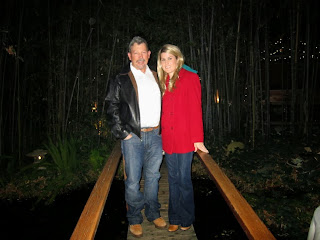 Yesterday was Scott and my 3 year Anniversary! The time has certainly flown by! Surprisingly a lot of Ojai restaurants are closed on Tuesday nights but thank goodness The Ranch House was not because we were in the mood for celebrating. 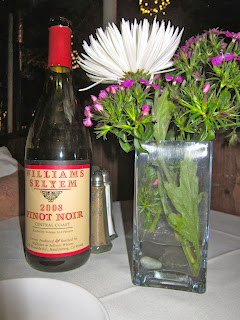 Scott picked out a new bottle of wine, one that we had not tried before. It was light but still had a lot of body to it. I would definitely order this again! 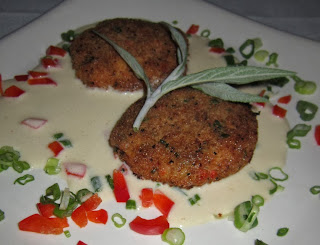 We started with Snow Crab Cakes because Scott knows how much I enjoy them. If you dine here in the future, be careful transporting them to a tasting plate. They break apart easily, which is a good sign in my book, less filler was used. 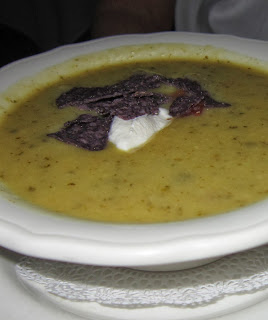 I have got Scott on the Soup Obsession Train and he orders it more than me now! He chose a daily special of Chicken Tortilla. It looked delicious, I did not even get to sneak a sip in. 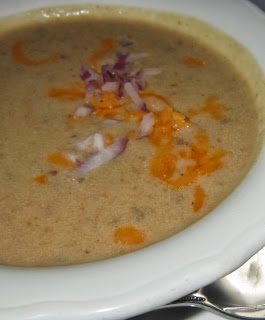 I went for the Cream of Baked Potato. It was really comforting! I loved the toppings of red onions and cheese, it gave the soup some texture. 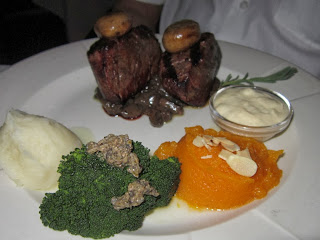 Scott ordered the Tournedos of Beef served on a bed of sauteed mushrooms and onions and Bearnaise sauce on the side for dipping. It was a cute little palate of food. The steaks were tiny but mighty, he only finished one and took the other home with him. 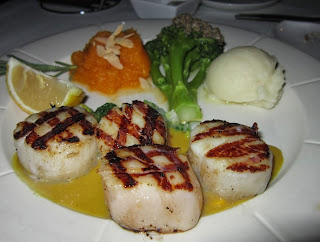 Of course I ordered the Scallops, they were featured on "Best Thing I Ever Ate" on the Food Network after all. I really love the curried sauce that they rest in. With bites of the sweet and white potatoes in between bits of scallop I was in heaven. 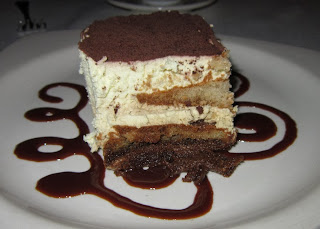 We wanted to finish our meal of with something light and sweet so I ordered a Tiramisu for us to share as Scott sipped on an espresso. The dessert was lovely and just enough for the two of us.
Our anniversary was a little low key this year in comparison to past trips but tonight I am hosting a Christmas Party for my local girlfriends so we have busy working on hosting a nice party this evening. Cheers to many more years!
Posted by Melissa Good Taste at 8:36 AM

Happy anniversary! I enjoying reading about the trips/adventures and meals ya'll have had.