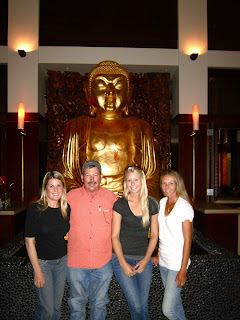 The show we were just at was a LONG one. 12 days of waking up, tending to the horses, practicing, then showing and then the whole process starts over to wind down the day. Then throw in triple degree temperatures and full riding gear on top of all that and you have one rockin' party. Ha! It felt like we were gone for months. We did get to sneak away from the cutting some days and this time we headed to Folsom. We walked into FATS - An Asian Bistro & Dim Sum. 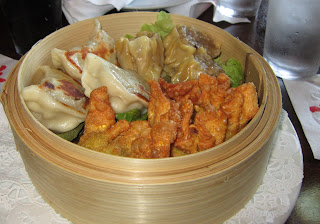 In starving company, we summoned a basket of dumplings, pot stickers and wontons to be brought out pronto. We had one gluten-free eater in the bunch so that meant the three of us got more of the loot. My favorite was the wontons - deep fried goodness. 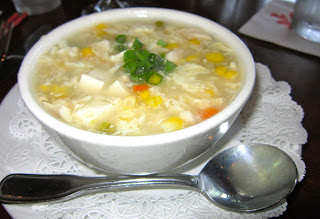 I love Asian soups so I decided to give the Corn Chowder a roll. They called it by another name but it was pretty much just that. It took some chili oil and soy sauce to liven it up but I manage to find it appealing enough to wolf down! 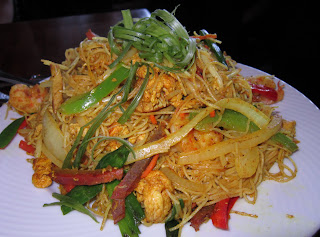 Shanghai Noodles sounds exotic doesn't it? Well, this was a little plain-o jane-o. Just a plate of undersauced noodles. Darn it. 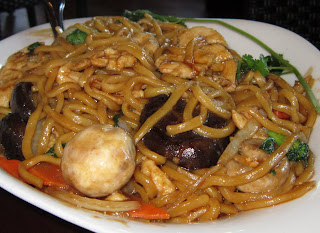 Big heavy noodles made up this Chicken Chow-mein. Almost too heavy. Another mis-step in the ordering process. 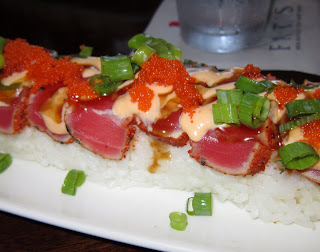 My order was the Iron Street Roll. It was so so sushi. I ate all of the top and fished out the middle because the roll was almost all rice. The ahi on top was tasty. Not a complete fail.
My assessment of this place is an easy one. This is a place you go for a beer or a martini with a egg roll sampler after work. You do not go for fine dining but for a round of drinks and some finger food. Nothing wrong with that - Check it out.
Posted by Melissa Good Taste at 10:21 AM

Man...I should be in that pic :(
That Buddha is to die for!!!
You are ammaazzinng!!
xoxo Love you