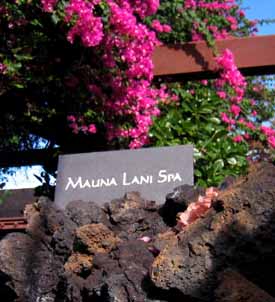 Fallon and I woke up knowing we had awesome facials planned at the Mauna Lani. So we boogied over to Starbucks, got ourselves an eye opener and checked in. Our facials were a tad - excessive two hours of wiping, washing and rubbing our faces was just beyond what I call relaxation. Live and learn, I guess. 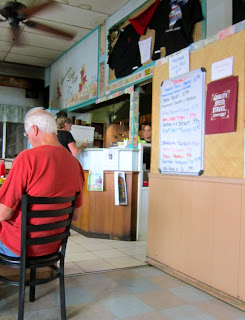 After our long facial session we declared ourselves famished and decided to check out some local food at Hawaiian Style Cafe, it was featured on the Travel Channel. 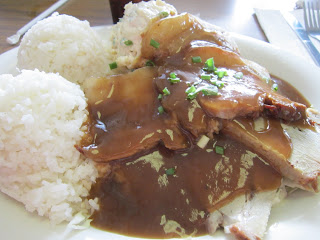 I went big and ordered the Roast Pork with gravy, a scoop of Hawaiian Mac Salad, and two scoops of white rice. This is a pretty much standard Hawaiian Lunch Plate. It was very good, I felt very guilty and full after finishing about 2/3 of the thing. 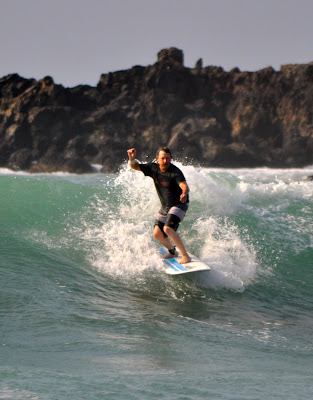 After lunch, Fallon and I met up with the boys who were surfing at the beach out in front of Tammy and Ryan's house. Scott was tearing it up! 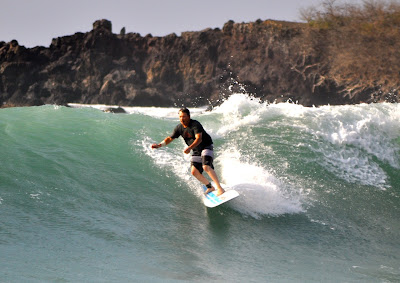 I got some really good shots! 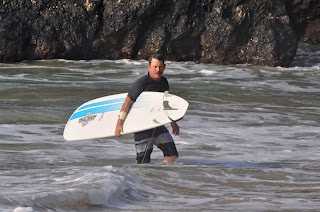 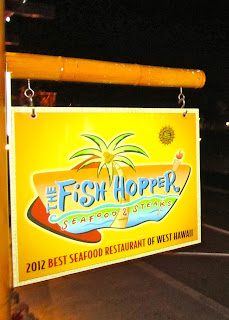 It was New Years Eve so we all dressed up and decided to go into Kona for a nice meal at one of Fallon's friends restaurant. We got a water front table and it was nice feel the ocean breeze on my face. 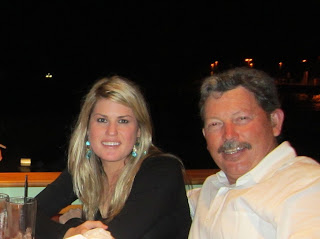 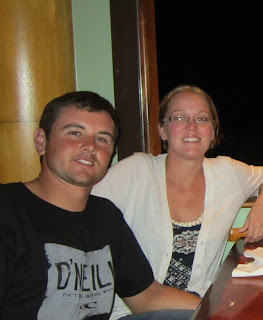 And cheers to you - Andy & Fallon! 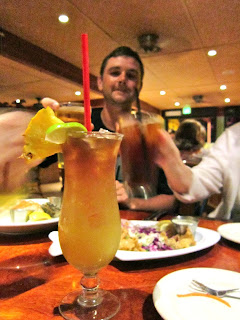 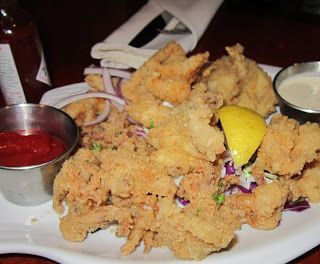 The calamari was good. The breading a little soft but we all were hungry. 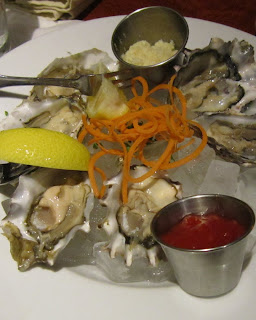 The oysters were so tasty. I could have eaten a dozen by myself but I had to show some restraint, Andy and Fallon were our hosts this evening. 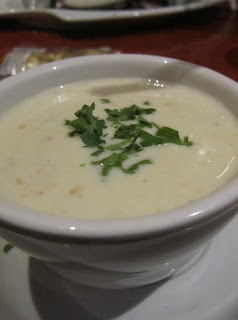 Fallon had soup and salad for dinner. I had a cup of soup too, it was very good but it does not compare to the sister resturant located in Monterey, California. 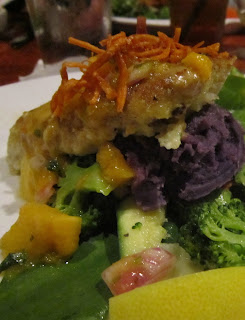 I of course had fish, the Mahi Mahi. The crispy carrots on top and purple potatoes on bottom sandwiched the fish perfctly. Nom nom! 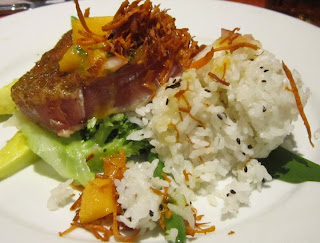 Scott had the Ahi with sticky rice. Simple perfection. 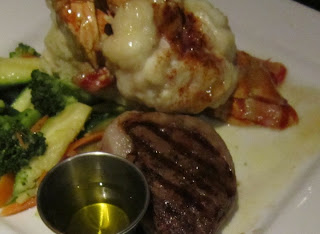 Andy went with the Surf and Turf and was delighted with his selection. 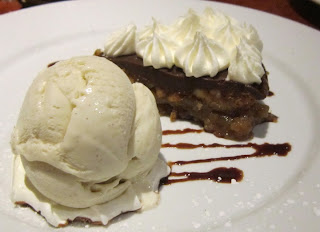 The Macadamia Tart was ordered by Scott and it loved it with a cup of black coffee. He even bought the coffee cup to take home as a souviner. I thought that was really cute. 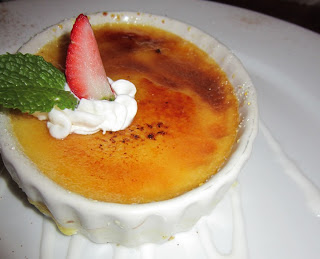 I had the Creme Brulee and thought it was at the top end of custards on the island. 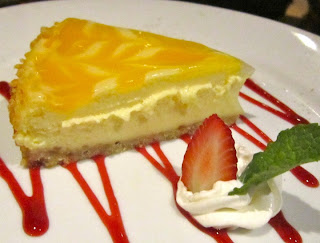 And Fallon and Andy shared the Lilikoi cheesecake. I snagged a few bites of this and thought it was amazing!

All in all, we had a fantastic day. We spent the last day of 2012 at the spa, eating terrific food, surfing big waves and spending time with good friends. On that note, the next post will be the first of 2013 Hawaiian Style! Aloha...

Posted by Melissa Good Taste at 9:06 AM