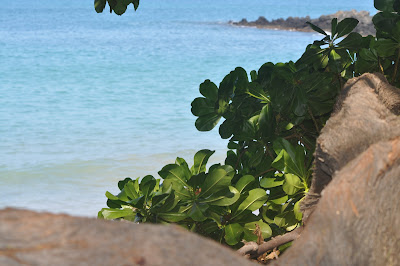 We all woke up pretty early on our first morning on vacation. We were used to California time so we were chomping at the bit for some fun island activities. So we loaded up the car and headed to friends of Fallon and Andy's - Ryan and Tammy White's Hawaiian BEACH FRONT home. 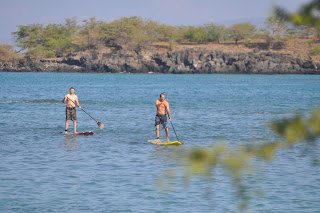 Andy was hell ben ton learning to surf so Ryan started out with baby steps and took him for a ride on the paddle board. 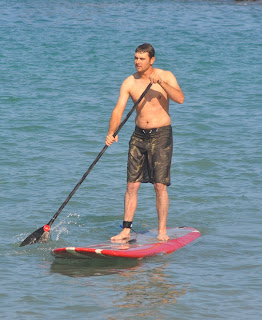 He did very well! 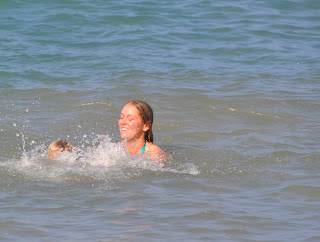 Fallon splashed around with the kids... 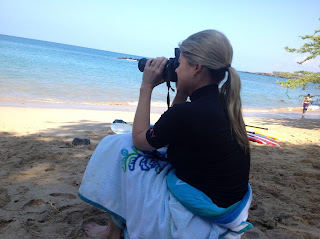 And I mostly took surf pictures of Scott. I paddle boarded too but I was the one taking the photos and so there are less photos of my action. 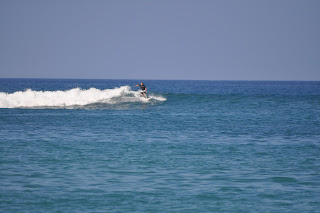 I have a pretty good sized zoom and this is zoomed all the way in. It is a pretty accurate indicator of just how far out in the ocean Scott was. Shark bait! 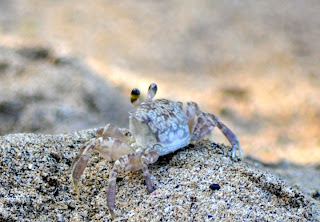 I did snap this pretty cool picture of a crab though. Isn't he cute? 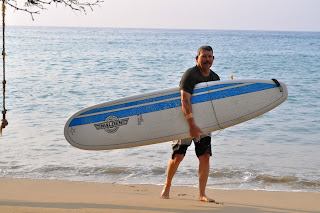 Scott finally got out of the water so we could grab lunch. I was starving! 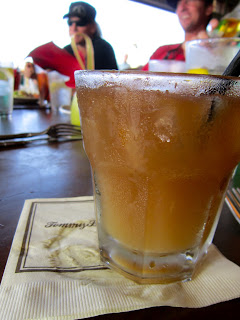 We treated the group to a nice lunch at Tommy Bahama's as a thank you for opening up their home and beach access to us with open arms. The Mai Tai at Tommy's was pretty lame. 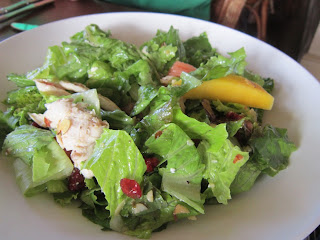 Scott went for a Chicken Mango Salad and was left hungry. On the menu it read as a salad that filled you up with plenty of protein and fruit. I could count the pieces of chicken on one hand. 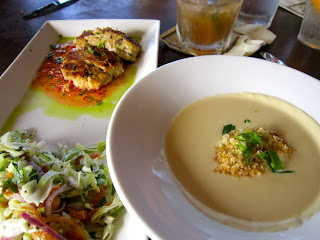 I ordered the Lobster Bisque and Crab Cakes. I hate it when they bring out the soup with your entree because I like to eat all of my food while it is still out. Of course I had the soup first but the cakes were cold when I got to them. Everything was just ok. 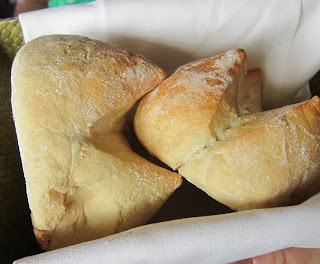 The bread came out at the end of our meal. It was good, just a little too late.

The rest of the table seemed to enjoy their meals. I guess I have just been spoiled by good service from the many fantastic restaurants along the way. The service here was not good. The prices were very expensive and food just mediocre.
Posted by Melissa Good Taste at 12:35 PM

Tommy Bahama's restaurant is like his clothes....expensive and not so good lol. Can't wait for the rest. Can you give us a "heads up" on what's coming?

A dozen years ago I ate at the Tommy Bahama's in Newport Beach for a friend's birthday and had the best mahi mahi of my life. Just perfect. I went to different TB's four or five times over the years and nothing was close to being that good. Everything was just kind of Cheesecake-Factory-slightly-above-average quality stuff. I gave up in 2005 or 2006 and haven't been back.