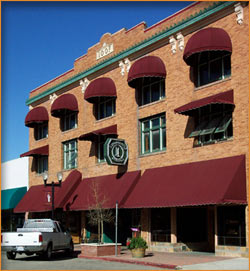 We were back in Paso Robles for another horse show. Or clients treated us to a meal at F. McClintock's so here we go... 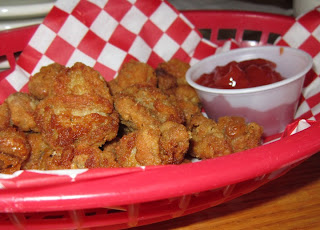 We started off our meal sharing a nice frIed Basket of Turkey Nuts. What?! TURKEY NUTS?! Yes, really. It is proof anything deep fried tastes good. 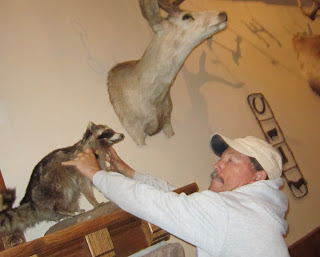 While waiting for the rest of our meal Scott played with the decor and found himself in a scuffle with a raccoon. Just beyond the raccoon, where two cock fighting roosters. Interesting... 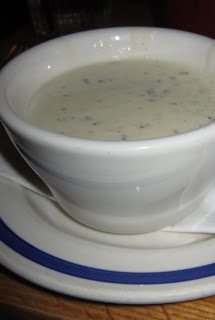 I started with some Clam Chowder because it was Friday and I was a little chilly. It was a canned version from Steamers Restaurant in Pismo. I recognized it straight away. 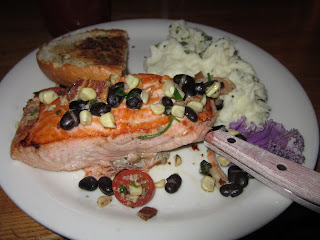 I ordered the Salmon because I read that there was a corn salsa served with it. I have to admit I was disappointed to see sliced cherry tomatoes, raw corn and canned black beans. The salmon was a large, meaty slice so I think I finished only half before waving the white flag. 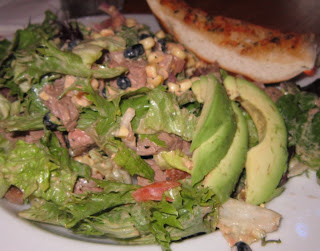 Scott loves a Tri-Tip Salad so that is what he got. He ate through the lettuce green until he reached the bottom. I would have probably ate all the good stuff off the top, sopped up the dressing with the bread and would have called it a day!

Our dinner was filled with great conversation and even better friends so who could have asked for more?