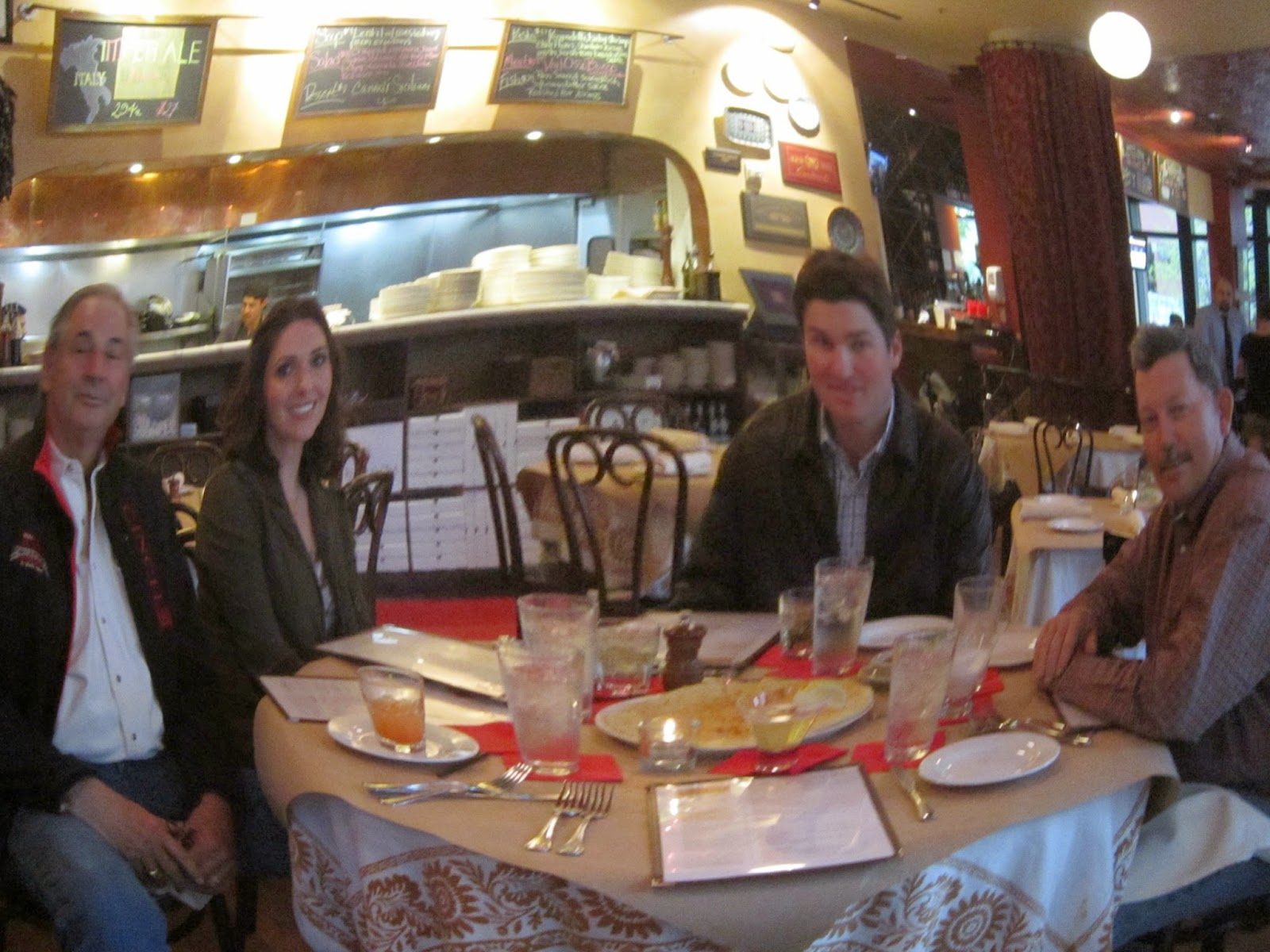 On Cowgirl Kate and James's last evening out in Texas I decided to search for an Italian joint, what could be better than an "Risotteria"?! I used the fish-eye camera for the first time and it was kind of fun, I have some good sports! The restaurant was decorated nicely and is located in the lively Downtown Fort Worth.
We got some Focaccia to share with the table rosemary olive oil and Parmesan cheese. It was piping hot and totally tasty. 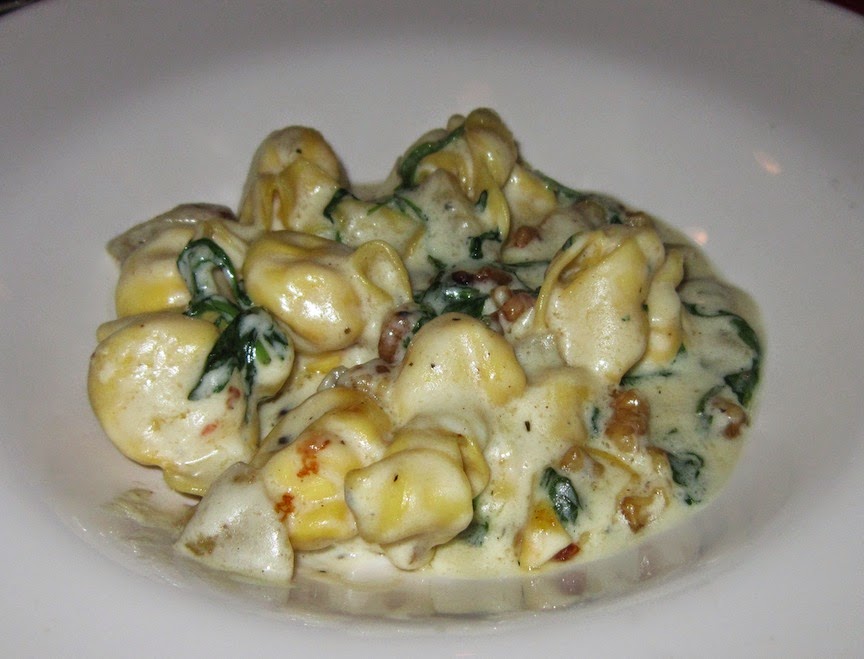 I ordered the Fiocchi with Gorgonzola and pears. Sounds good right? Then it was topped with arugula, walnuts and Dolce Latte Cream Sauce. It was the post popular dish ordered on Yelp so I was all about it. It was served a little less than luke warm so I was down on it from the beginning, I like my food hot! It was tasty but a little gummy. 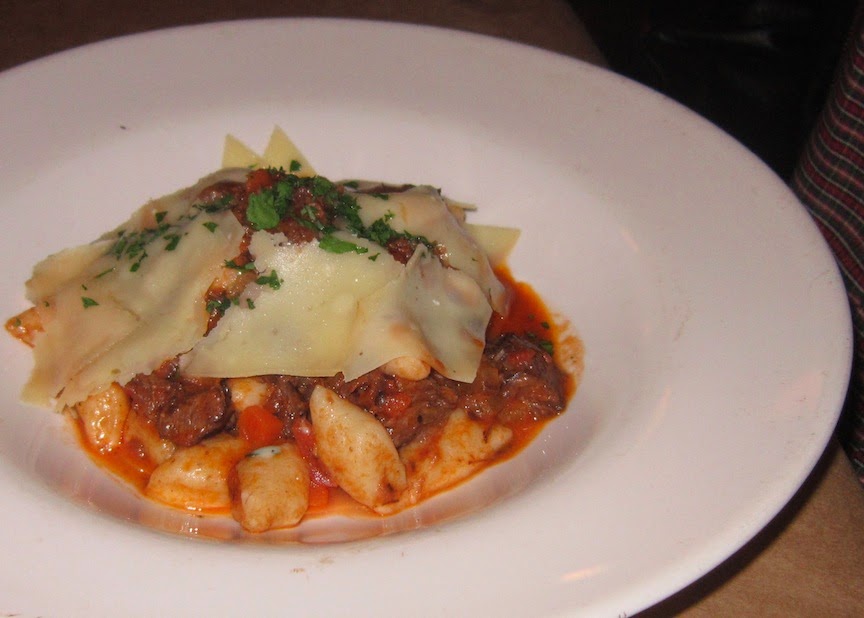 Scott had the Rustic Gnocchi and it looked delicious with the shaved Parmesan on top. I love the steady Italian fare. The tender beef ragu served was fork ready and the spicy marinara totally snappy. 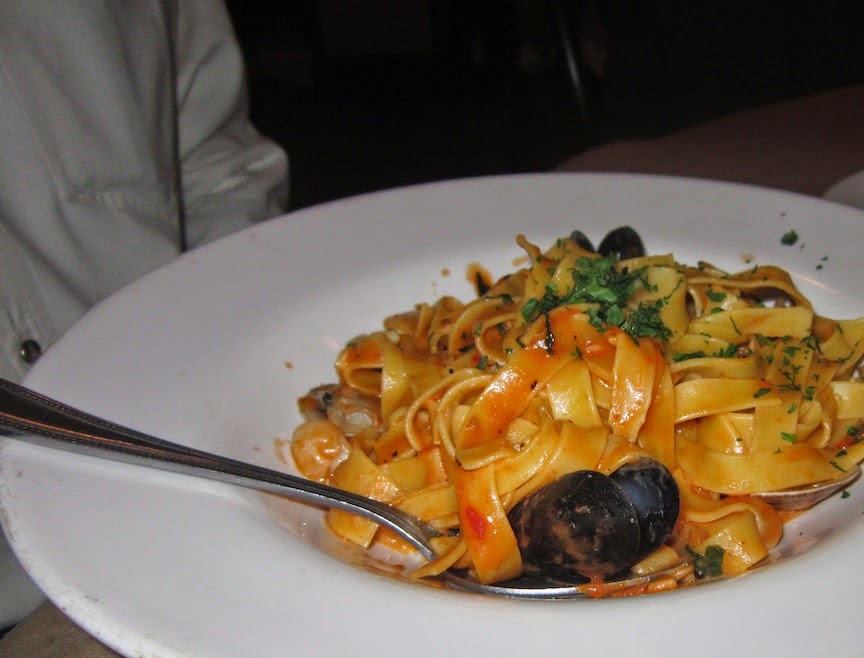 Ron ordered the Seafood Fettuccine - The seafood was a plenty, noodles glossy and lightly sauced. Ron seemed like he loved it. 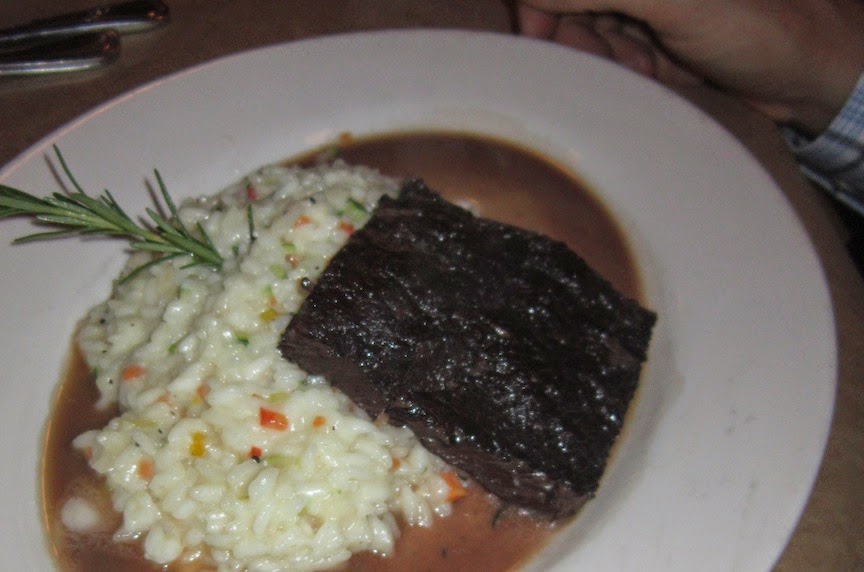 James ordered the Braised Short Ribs with a terrific pan juice and mixed vegetable risotto. It looked like the ribs had a nice sear and he said that it too, was totally tasty. 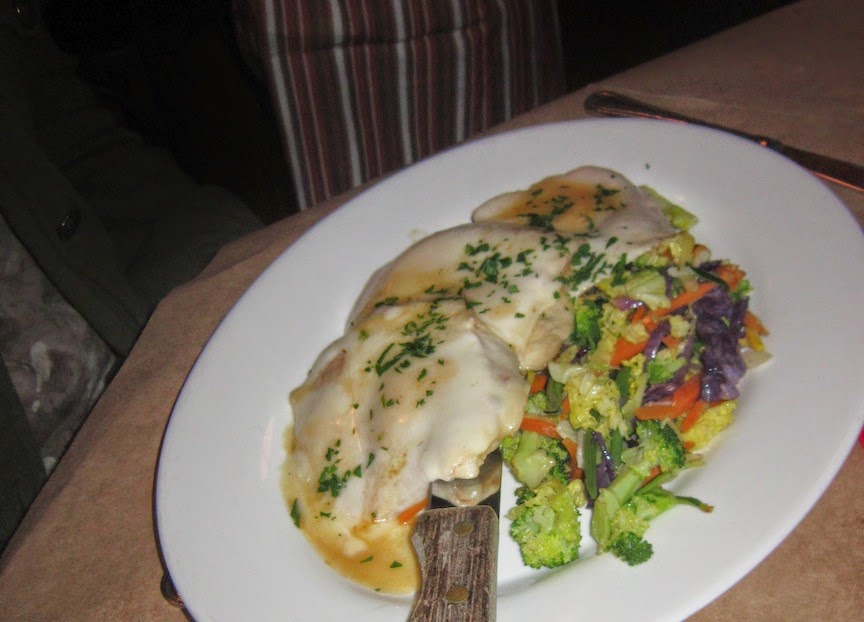 Kate ordered the Chicken Scaloppine and worked around the layer of Fontina cheese and ham. She doubled up on vegetables like a good Farmer's daughter and really enjoyed the meal. 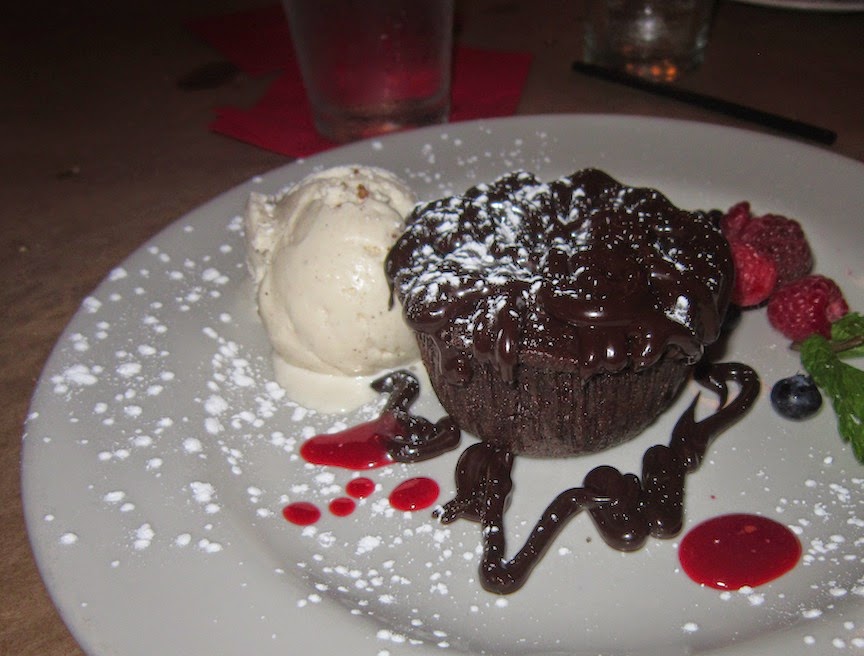 The waiter suggested desserts and I heard "budino" I was expecting a custardy treat but got a Chocolate Lava Cake, not what I expected but it was a-ok. 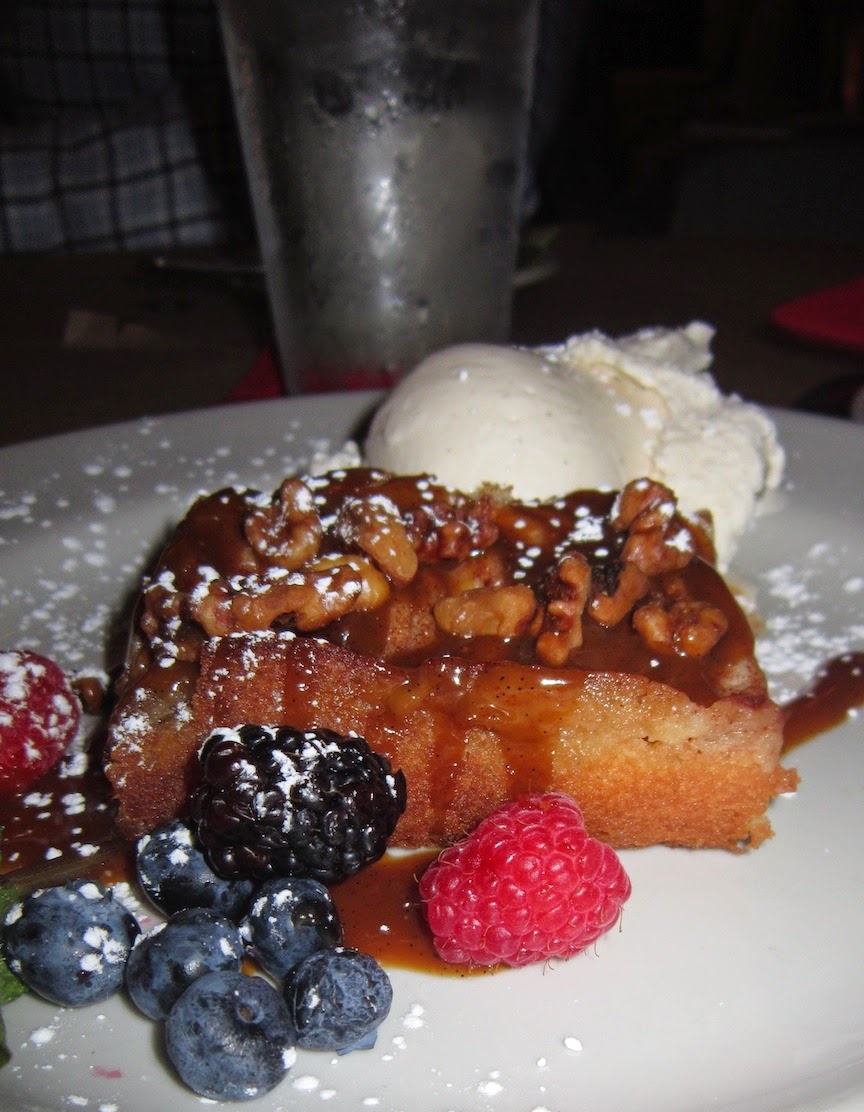 Bread Pudding was also brought out to the table and it was devoured in 5 seconds flat.
The meal as a whole at Taverna was not bad, I just had little to write about. No one hated or extremely loved their dish so we just cruised through the evening with little to chat about food wise. Everything was just fine.
Posted by Melissa Good Taste at 9:06 AM