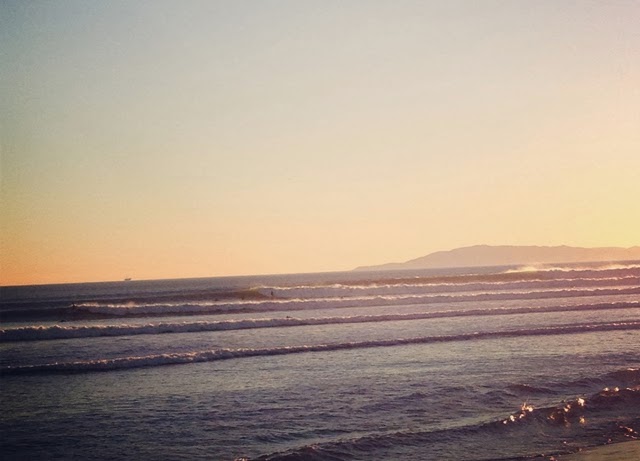 Scott usually goes surfing by himself these days. When he loads up his surf truck I find myself running my own errands or meeting up with one of my hilarious friends. I told him to hang ten and sent him on his way to catch some waves in the big blue. I buzzed around town, had a short visit with my buddy Lindsay and then surprised him at his favorite beach just as he got out of the water. He was thrilled and we decided to have an impromptu date night to celebrate. 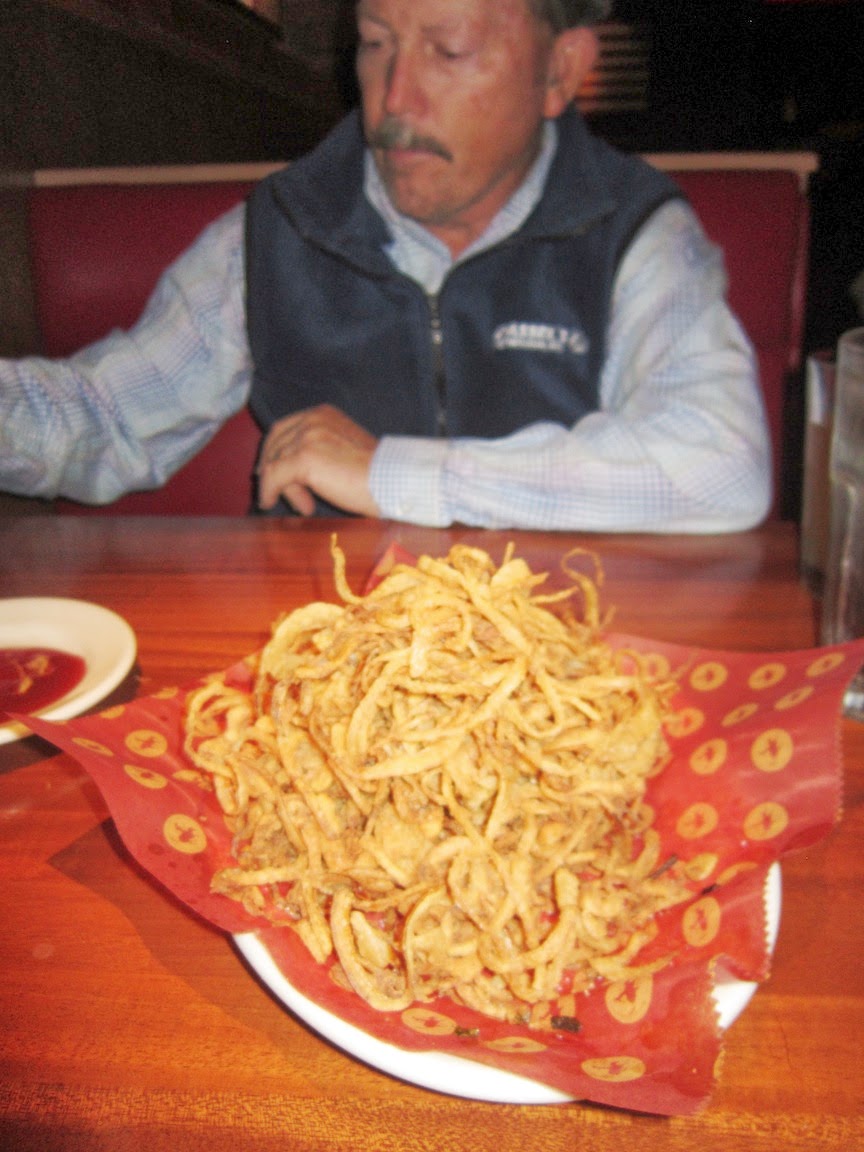 We decided on Wood Ranch as we had a gift card that needed to be used and it was located just down the street. The place was packed on what one would think was a regular Wednesday evening. Scott checked us in and we grabbed a seat at the bar for beer and to wait for our dinner table. This is when I act like I just met him for the first time and ask him questions like, "Do you come here often?"...

The hostess grabbed us and we ordered Onion Rings right away. They are fantastic and even more so dipped in their BBQ sauce. 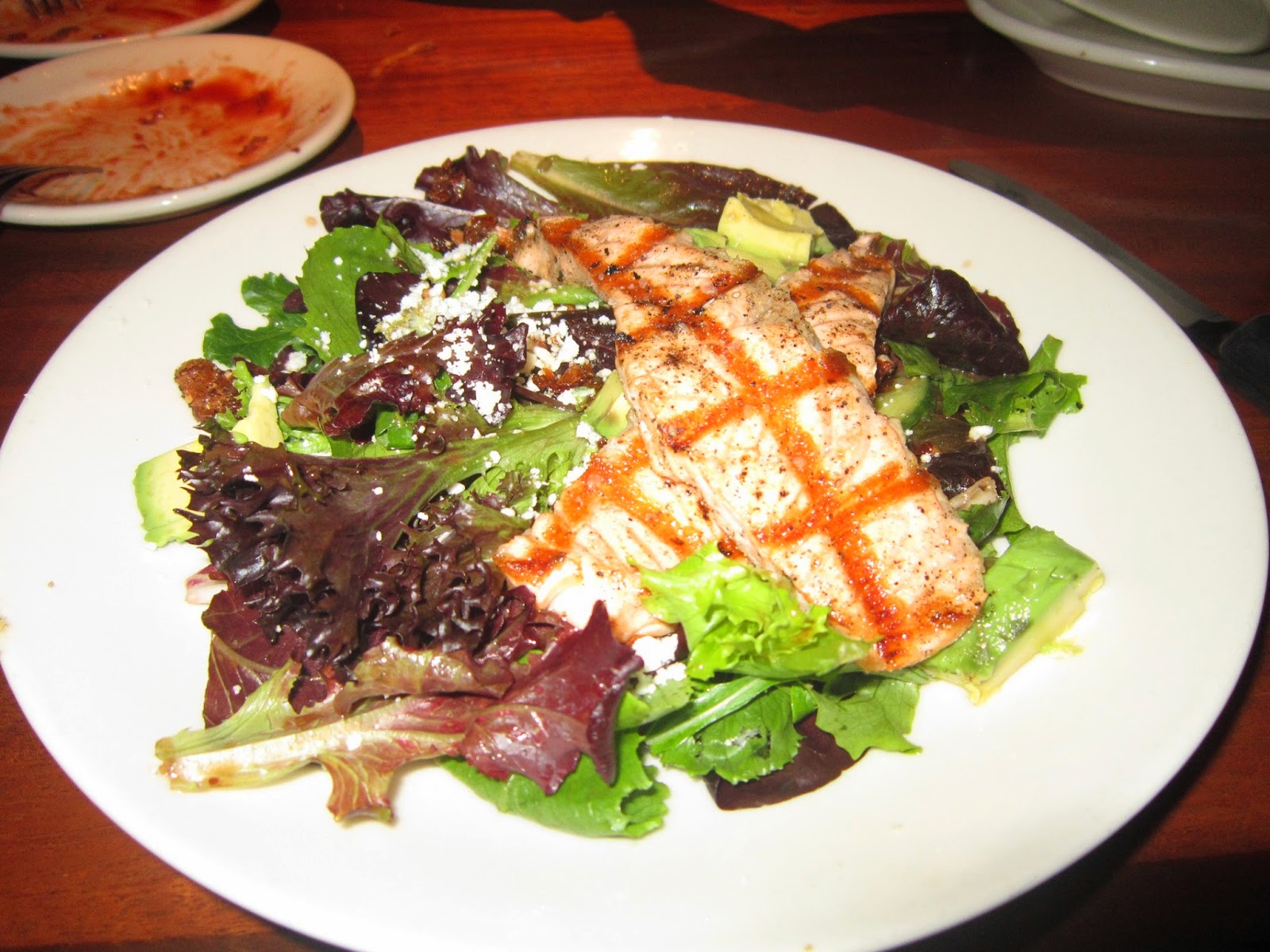 At a BBQ place I should have been craving ribs but I truly was in the mood for a salad. But not just any salad, but Natalie's Salad with baby greens, avocado, candied pecans, gorgonzola, cucumbers and a supplemental Salmon filet. It was terrific, light but totally satisfying after all those onion rings. 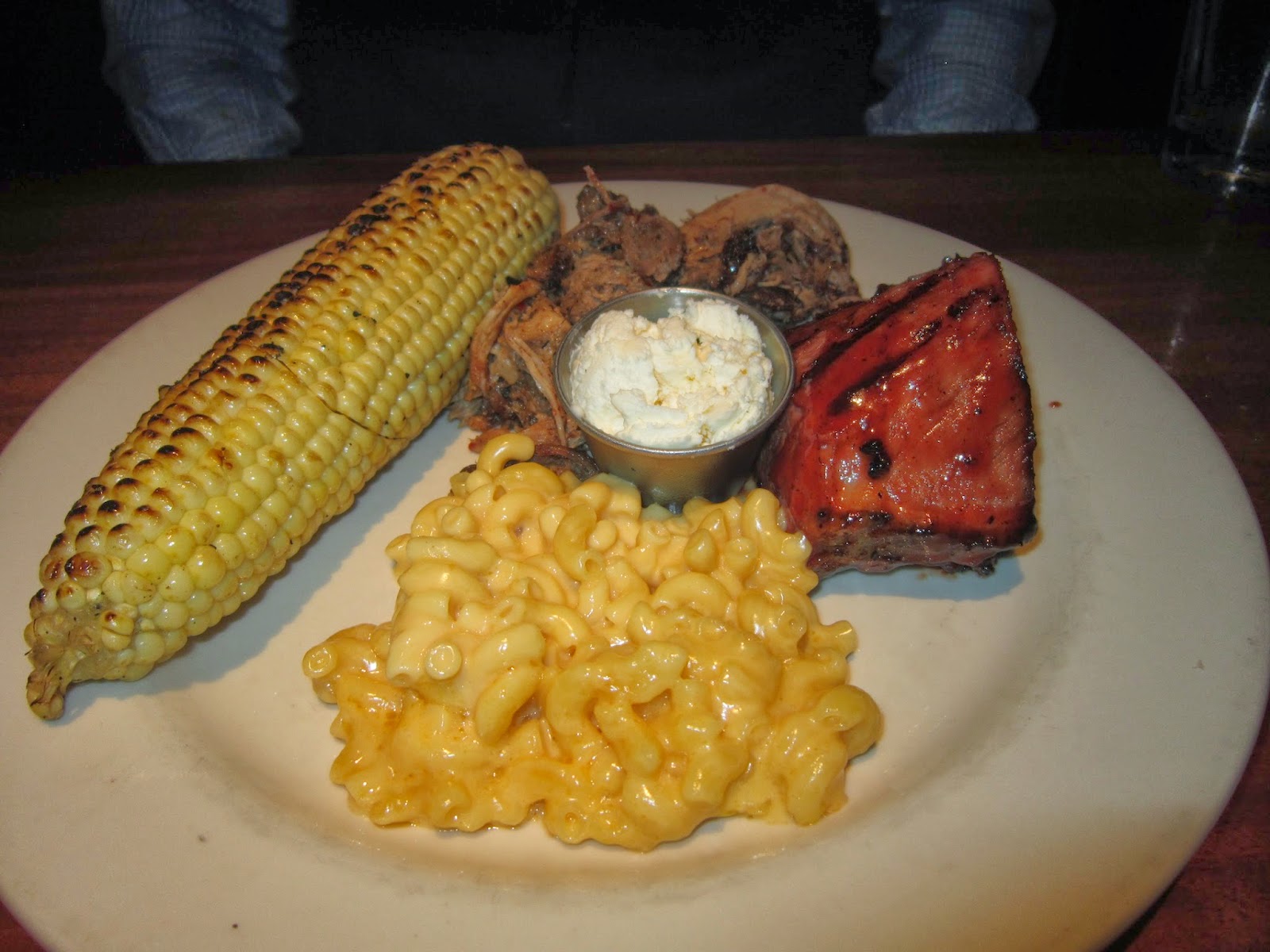 Scott was in the mood for manly food after burning calories during his late afternoon surf session. He wanted tri-tip, corn on the cob and I wanted suggested pulled pork with macaroni and cheese. We ordered it all with the piece of mind knowing we would just take home what we didn't finish. The tri-tip was a bust, it took a lot to saw and chew through - the dogs enjoyed it. The pulled pork was solid, the best on the plate. The corn on the cob was a smidge soggy, but he did appreciate the char on the kernels. And macaroni and cheese, not as goo as Melissa Good Taste's version but that is a tough battle to win!

Some of the best times are the ones that are unplanned. When you roll off the seat of your pants and live in the moment you create the best kind of memories. Keep your relationships fresh, fun and easy my friends!
Posted by Melissa Good Taste at 2:58 PM