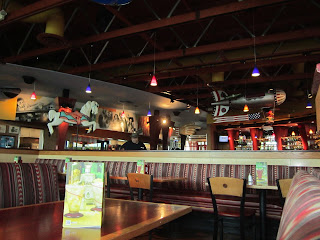 Nampa was like chain restaurant city. There was plenty of them on every corner so we were in luck on where to dine. I do prefer a stand alone restaurant rather than a chain but when your hungry and on the road after awhile, food is just food. This clean Red Robin had televisions in the floor and and was extremely clean. 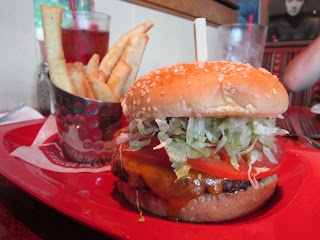 Scott ordered a Cheeseburger that came with endless fries, of which were very delicious. A special seasoning is dusted on the thick cut pillows of potato and are extremely addicting! The cheeseburger was fine, huge and full of toppings soon after he first bite made it a knife and fork burger. 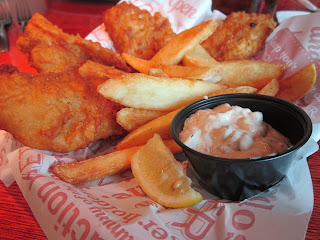 I of course, went the Fish and chips route. The cod, was light and flaky and the crisp breading was also seasoned with the same fry seasoning. The pieces of fish were large and I tried to mow through all of them but stopped just short of one. 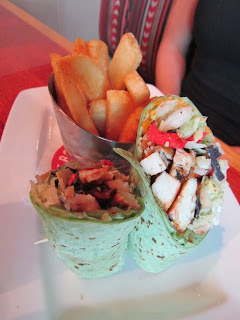 Miss Karley ordered a Chicken Wrap of sorts because she loves all things chicken: wrap, entree or sandwich. That is her thing! She seemed to like it just the same as she quietly consumed it all.

Do I love eating at red Robin? It is ok. I know the food is going to be exactly the same, every time and there is something to be said for the consistency of franchise food. The name is a little lame but not everyone was blessed with cool names like... Melissa Good Taste!

Posted by Melissa Good Taste at 7:46 AM