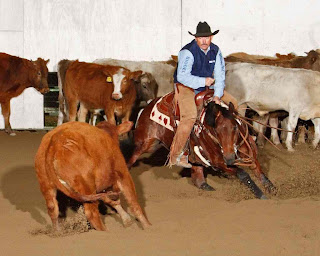 Scott showing "This Is A Stray Cat" Owned by Ron & Sara Malone. Ron was the Reserve Champion in the Non-Pro 5/6 on his maiden run! Go Cowboy Ron. 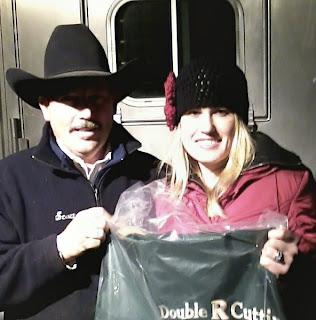 Scott was third in the Open Derby and winner of over $2000 on "This Cats Dazzlin" owned by Melissa Good Taste! 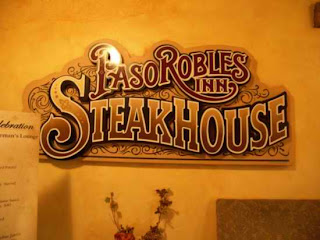 There is nothing more special than when your group of friends does well at a horse show, all on the same day! Cowboy Ron, Scott and I were winners so a celebratory dinner was in order. I had heard the Paso Robles Inn used to be the place to go for a good steak. The guys were excited so we went ahead and gave it a try! 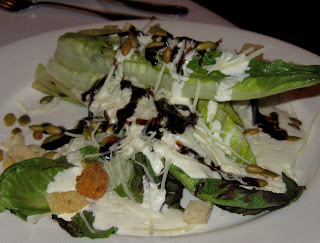 Scott started with some greens and it just so happened to be a clever Steakhouse twist on a Cesear. Grilled Romain hearts, roasted pepitas and reduced balsamic. An interesting take n the classic. 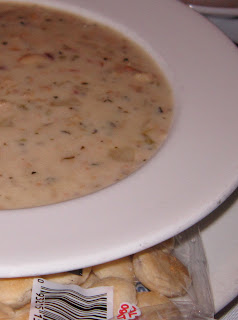 Seafood Chowder for me. The only seafood I could detect was clams though, it was too big of a serving for me. I just wanted a couple of bites. 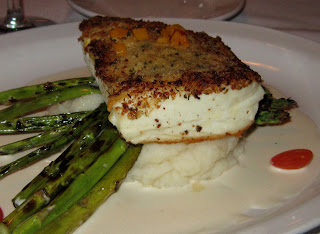 Yummy, yum, yum! I saw Morro Bay Halibut on the menu and knew that was exactly what my body was craving. Bathed in a champagne beurre blanc sauce and a mashed potato pillow I enjoyed the hearty piece of fish bite by bite. 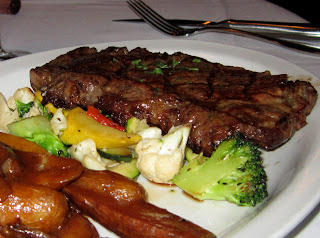 Cowboys eat rib-eyes and so they did. Scott and Ron made their way through the steaks and then moved onto the roasted fingerling potatoes. 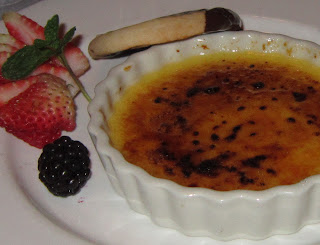 Dessert time! Mama loves her creme brulee but this version could not hold a candle to the Artisan version. It was a nice ending to the meal though.
Today was a special day, good horses and even better friends!
Posted by Melissa Good Taste at 7:07 AM

Congratulations to you all! How wonderful and the food looks like the perfect ending to a successful day.