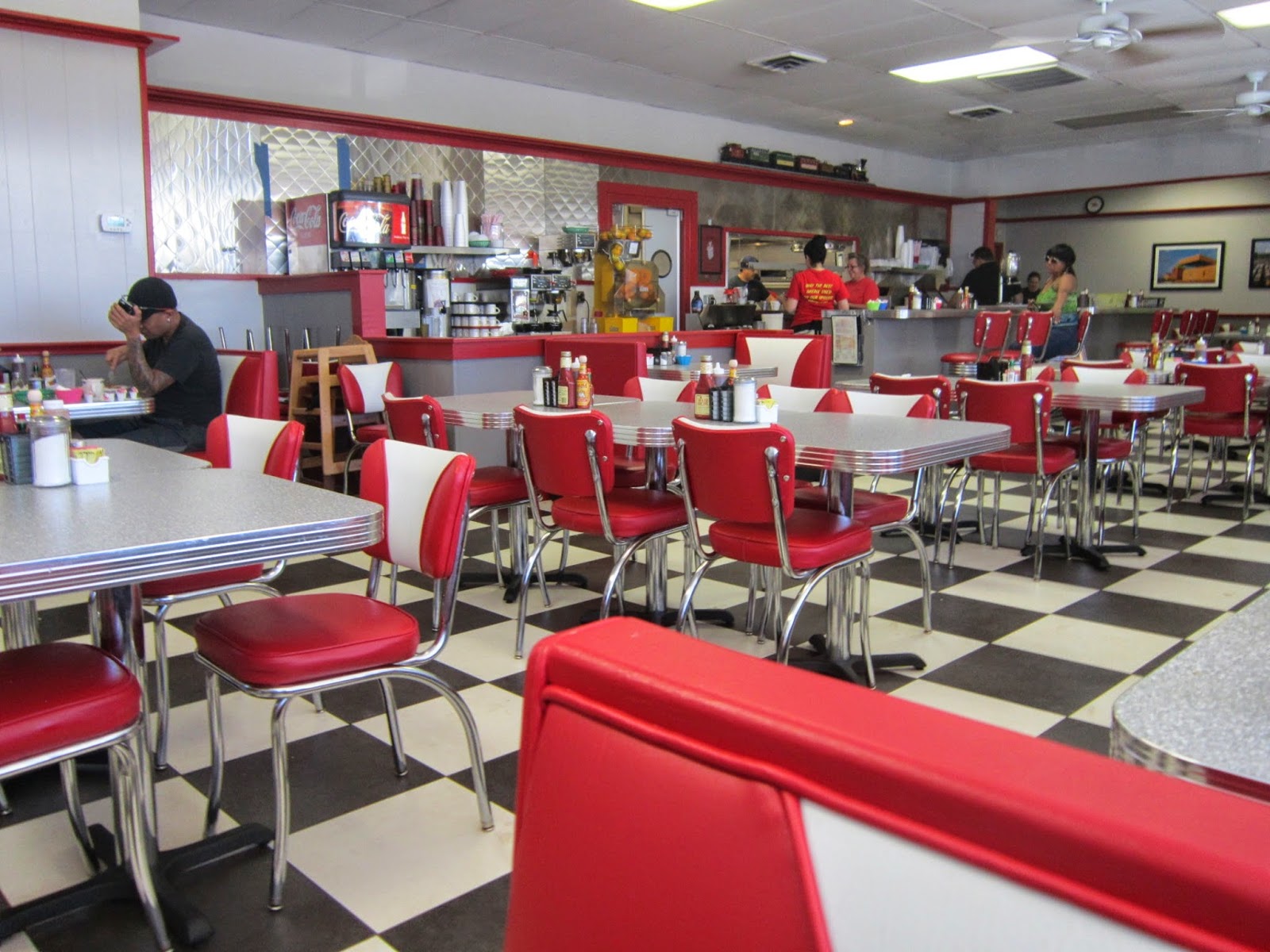 Breakfast joints. They seem like they are few and far between in our part of the world but in Texas, they are very much alive! Scott and I have been up early every morning to beat the heat and crowds in the practice pen so by the time we are done with chores it is usually prime breakfast hours. Enter the Vickery Cafe... 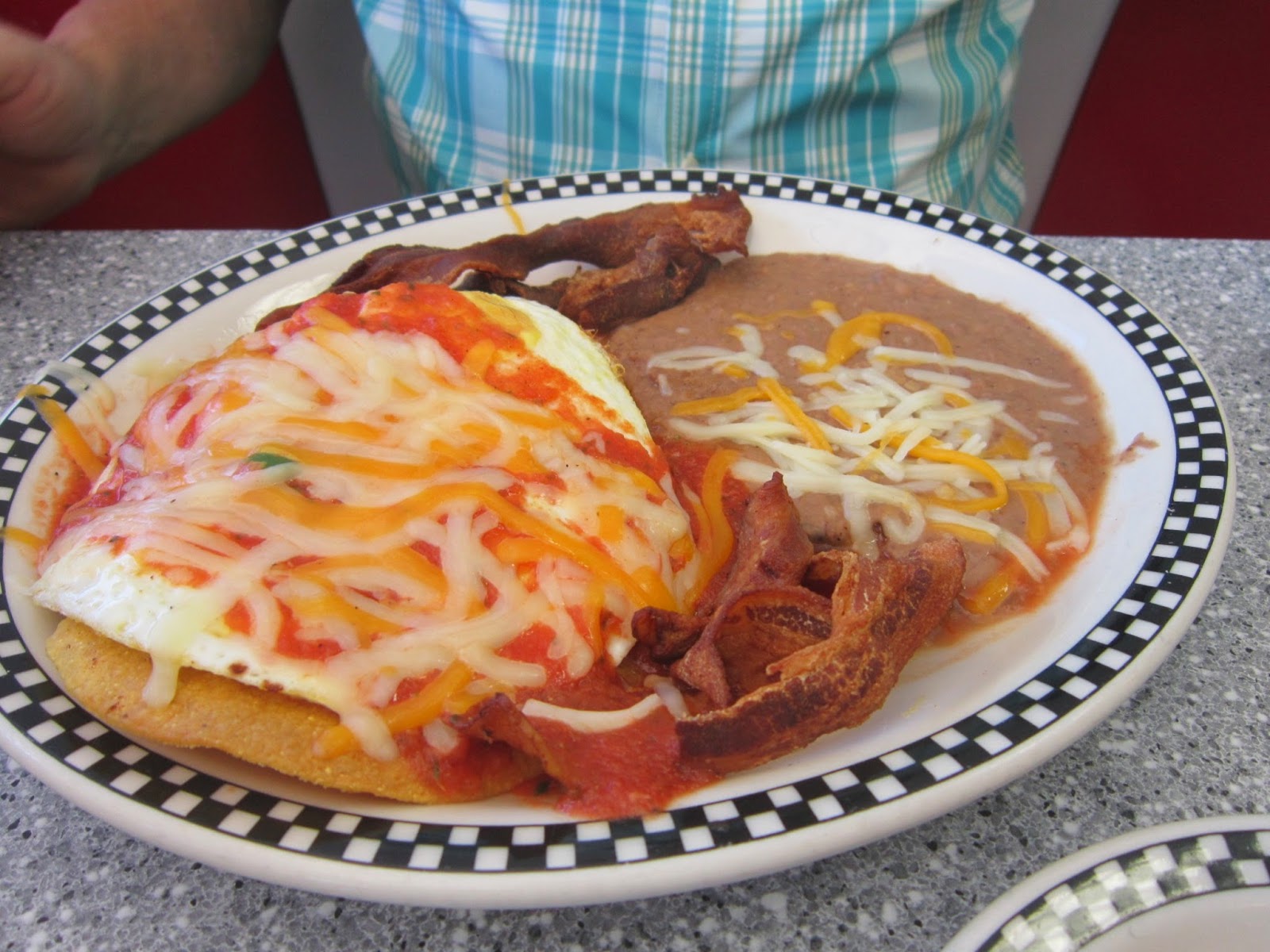 One morning Scott explored the Latin side of the menu and ordered the Huevos Rancheros... A crispy tostada shell rested as a base for over easy eggs, salsa and cheese. Refried beans served along side were smooth and totally creamy. We like our bacon crispy and this version was on the verge of almost burnt. I liked it, Scott didn't. 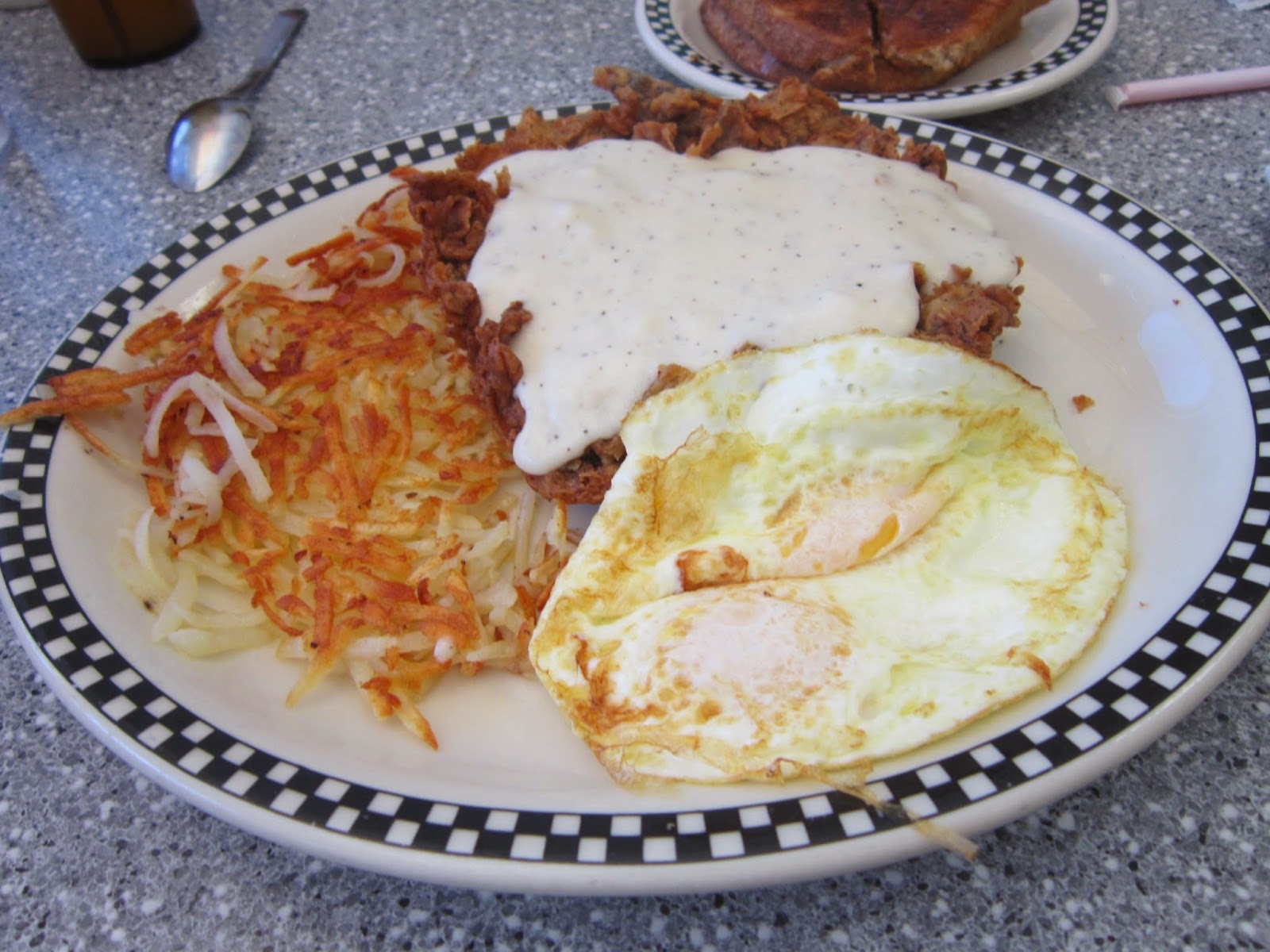 I love a good Chicken Fried Steak and this place does it right! The breading on the steak was super crunchy and the gravy whisked up from scratch. I can just tell. The hash browns were nice, I prefer them maybe cooked a little longer and I mostly ignored my egg. I was too full! 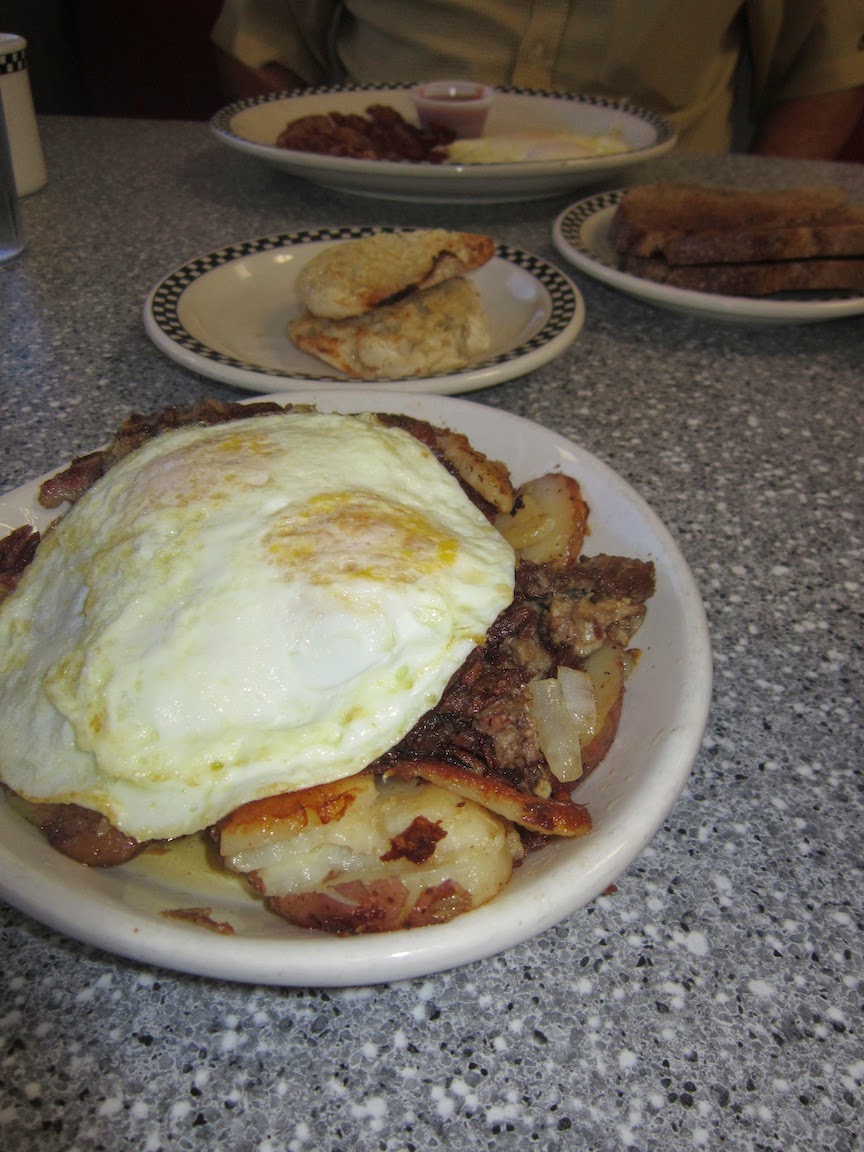 On another separate visit I wanted to try the Corned Beef Hash as I have never tried it before. As I child I had a bad experience with corned beef so it has made me gun shy in my adult years but that morning I decided to give it a go. It was good, maybe a little fatty and salty. I ate most of it but worked my way around the potatoes that were not cooked until golden brown. I ate the yolk of the eggs because they are the most delicious, the whites are just not my thing.
Breakfast. My least favorite meal of the day. I guess it is good to explore all types of foods but I would rather just eat an enchilada for breakfast. Or Funyuns.
Posted by Melissa Good Taste at 4:13 PM