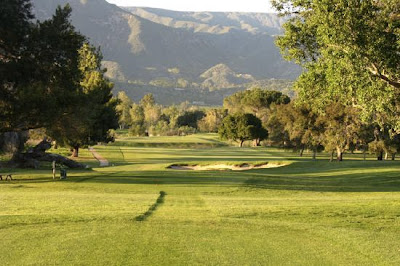 Scott and I spent Sunday afternoon debating on what to do. We had just watched golf on the television and decided we might as well get out there and show Ojai our skills! There is a great local golf course, very affordable - Soule Park Golf Course. I looked ready to kick some tail! Although, Scott claimed the victory, he was on fire! Parred almost every hole. Not bad for not picking up clubs in over a year and a half. 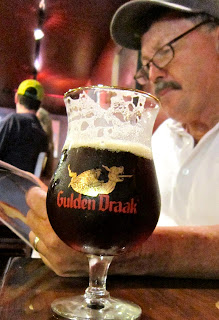 The Ojai Beverage Company has a "Sunday Funday" the first Sunday of every month. Discounting beer and wine - appetizers half off! Score. The secret I have learned though is to sit at the bar, if you can snag a seat. Otherwise you are left at the mercy of the two servers who seem to get easily distracted. I picked the darkest beer on the menu for the two of us. 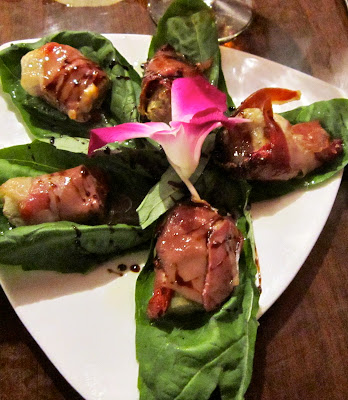 I ordered the Artichoke Poppers because they sounded interesting. Marinated artichoke hearts, fontina cheese, and sun-dried tomato wrapped in proscuitto. Served on basil leaves with balsamic drizzle. I finished the entire plate by myself, golfing makes you hungry!

The weekend is upon us again. The week just flew by! What are your plans?
Posted by Melissa Good Taste at 7:52 AM