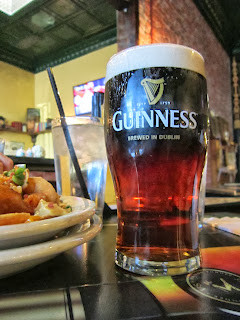 Last week Scott called me starving on his way home from an appointment in Westlake Village. We live n the top of a hill, one side drives down into Ojai, the other goes into Santa Paula. He was coming from the Santa Paula side, so I suggested we try the Irish pub I had meaning to try... We sat down to a Guiness Black and Tan, I have always wanted to try one. It was great! A little filling, but something worth ordering at least once in your life. 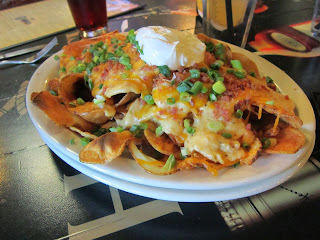 When we saw Irish Nachos on the menu we had to give it a try. The "chips" were replaced with thick cut deep fried potatoes. The cheese sauce was not very cheese like, in fact a bit floury for my taste. And the bacon was not real, it was Bacon Bits! Ah man, that was a bummer! 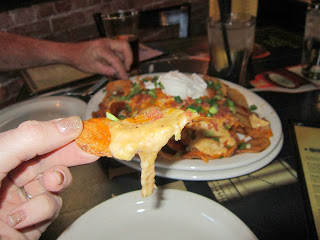 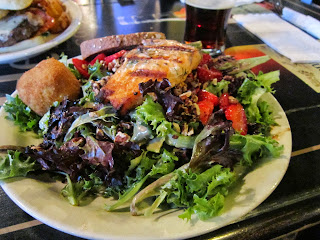 I ordered the Fried Goat Cheese Salad with Salmon and Strawberries! Now this was fantastic! It was topped with loads of pecans and was just heavenly. I would return to the restaurant solely for this salad. 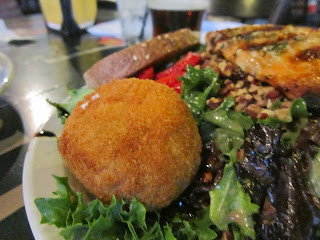 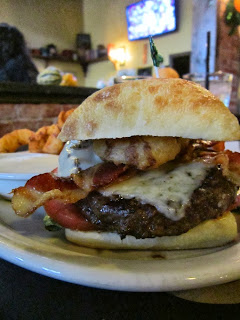 Scott ordered the Gillespie Burger and was not very impressed. He claims he was just too full from the nachos but all he did was pick at it. The onion rings that it came with were tasty. I did try on of them dipped in ranch dressing.

Garman's was not a bad place to meet for a beer, maybe some fried food and that Salad... I would go back for the salad alone. It is a bit pricey so maybe try to pop in around Happy Hour!