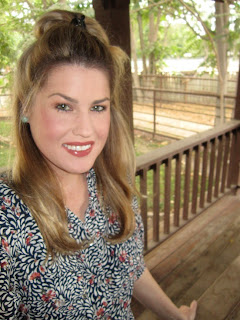 The heat this summer has inspired us to get to work early, so the horses are done by early afternoon. We try to run our errands after that so we can meet up in Ventura to enjoy some normal, date time. This trip I had an appointment in Agoura Hills so I went on my way and met Scott downtown Ventura after he surfed. We used to always go to Anacapa Brewery when we first got to together, so we rekindled early relationship memories and met up there. 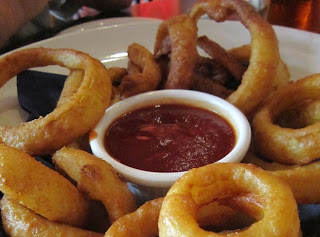 We shared an order or Onion Rings, so greasy. They were good, but on the soggy side. These were just oozing with too many calories, kind of kills the forbidden food buzz. 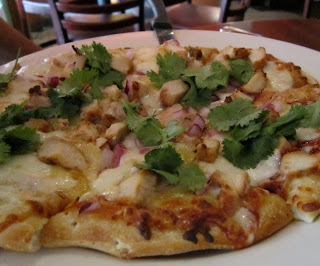 The BBQ Chicken Pizza is probably their most popular and our order. Grilled chicken, cilantro, red onion, bbq sauce with gouda and mozzarella are supposed to be divine. The lack luster crust and sparse sauce left us hungry for more. It was not bad, but it wasn't the outstanding food we once remembered.
There has been quite a few restaurant openings around them in Downtown Ventura. One would think now would be the best time to up your food game. The beer is still good, but the food could be raised back to their original standards.
Posted by Melissa Good Taste at 2:07 PM