I came up with the brilliant idea to go to Universal Studios on Christmas Day - it was packed! it seemed like all of Southern California had the same idea I did! Thank goodness I went all out and bought "Front of the Line"passes. We never waited to get on one ride! Totally worth it! 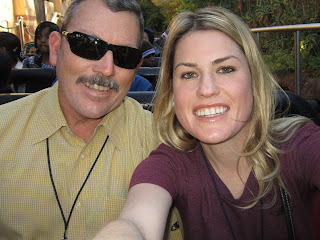 BEFORE the Jurassic Park Ride - notice we are nice and dry... 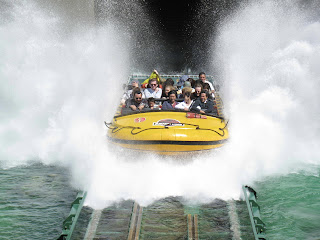 DURING - the Jurassic Park ride... 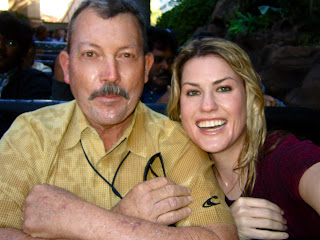 AFTER! We got soaked! This was our first ride of the day too! How fun. 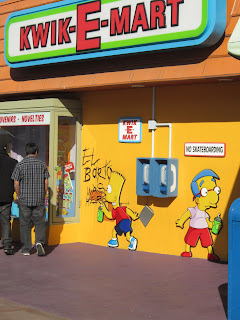 We wandered over to Springfield, also known as the Home of the Simpson's - Scott said it was his favorite ride. After 4 hours of fun, we declared ourselves done and left Universal having rode every ride and doing the Studio Tour on the tram. 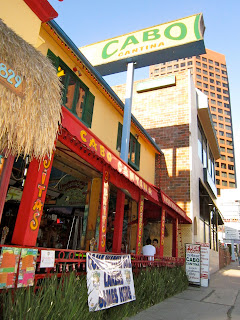 All that walking made us hungry so we pulled into the first restaurant we saw. It was open and they had the Lakers game on - they were losing so no one seemed happy. 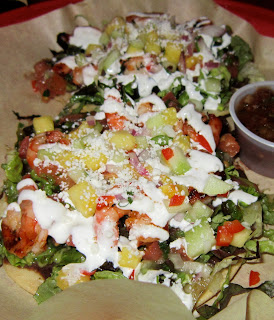 I ordered the Shrimp and pineapple Tostadas - spicy! 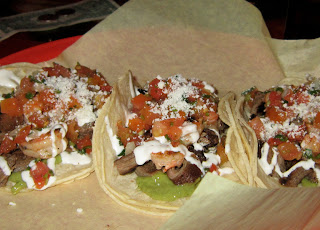 And Scott ordered the Surf and Turf Tacos - just ok. Nothing special. 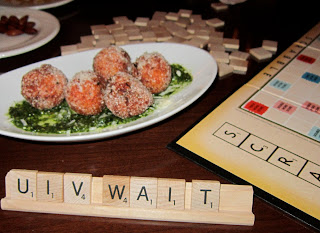 After a nap at the hotel we were out and about again. We dressed up and decided to head next door to the sister hotel, Shutters. We found Scrabble and decided to put our minds to work. I enjoyed two orders of Risotto Balls, which were fabulous as I sipped some wine. 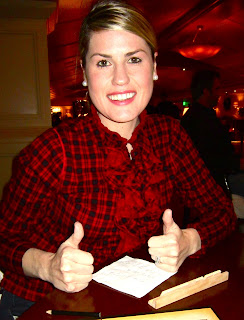 I won the first game. 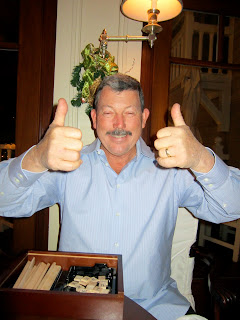 And Scott one the last one, the big finale!
I hope everyone had a Merry Christmas - Back to work for a few days before we celebrate 2012!
Posted by Melissa Good Taste at 4:07 PM

You guys are soo fun!
Look soo happy!
Love it!
You look great
xoxo
Love ya