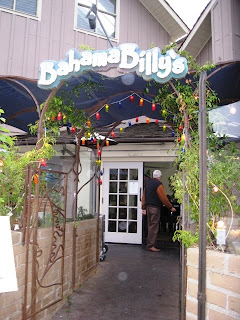 After hiking at the Pfeiffer Big Sur State Park I had made plans for Elena, Amanda and I to try out a new restaurant. Bahama Billy's just so happened to be on the way home! The menu caught my eye with all the seafood choices. I have been on a kick lately, if you hadn't already noticed. In the Barnyard shopping area is where you will find great shopping, along with Bahama Billy's. 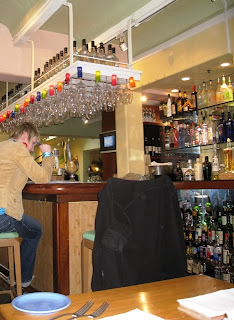 We got there at an awkward time, they were finishing up lunch service but it was not quite dinner. So we were stuck in the bar area, I did not mind but the dinner area is where the beautiful tables were - with a fantastic fireplace. We had a great view of the bar, I guess that is pretty cool. Given lunch menus, we were ravenous! 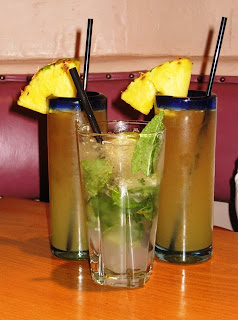 First, we had to celebrate! Bahama Mama's for the twins and a Mojito for me. The Bahama Mama's were stout little suckers if I understood correctly. Cruzan Coconut Rum, Banana Liqueur, Pineapple Juice, Orange Juice and a float of Dark Rum! Yowza! That is a drink! 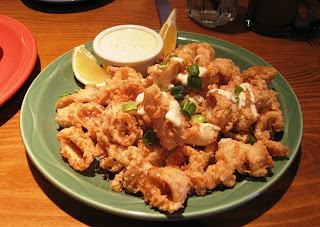 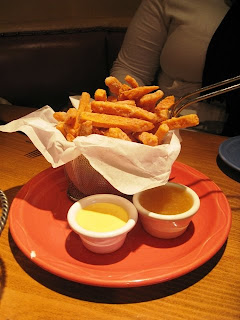 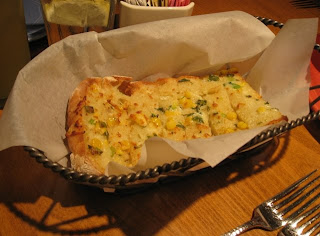 Like I mentioned before, we were pretty hungry so we decided to split some appetizers to kick off this little shindig. Calamari Ring caught Elena's and my eye so we went ahead and ordered those. They were a tad chewy. The Rosemary, Parmesan and Lime Tarter was a good addition to the plate. Then we saw the Sweet Potato Fries, and just HAD to try those too! They were fried to perfection and had a duo of dipping sauces to go with - Habanero Aioli and Chutney. I liked them both! Then they brought us complimentary garlic bread - whoa nelly, getting full... 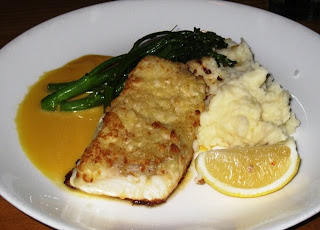 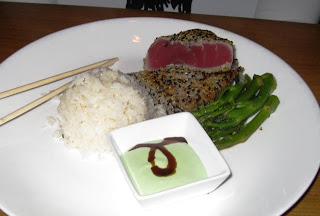 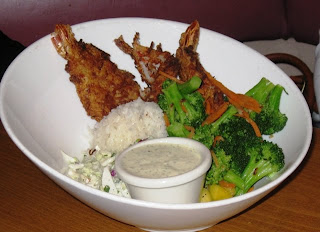 Don't forget about our entrees! Lol. Totally stuffed already we made our way the best we could. I ordered the Macadamia Halibut with Whipped Potatoes, Broccolini and Mango Butter. The Fish was cooked perfectly, the Mango Butter was too sweet! I stayed away from it as much as I could. Elena ordered the Seared Sesame Tuna, it came with sticky rice Broccolini and Wasabi Aioli. She seemed to like it but nothing out of this world. And last was Amanda's Coconut Shrimp Rice Bowl. She was bummed about the dish - it did not even taste like shrimp!

After all this food we were ready to pay the bill and get the heck out of there! Too much everything! Good thing we hiked a portion of it off! The bill was a smidge pricey but what did we expect with all the food and being in Carmel. I guess Monday through Friday they have a 50% your bill during Happy Hour. That sounds like a better deal than what we had! I would given 1.25 thumbs up because the price did not match the quality of food. I think things were tasting better than what they were because we were so hungry! Another restaurant, another day!

Posted by Melissa Good Taste at 9:00 AM

The sweet potato fries look awesome and the sauces sound really good. Whenever I go to Carmel I am usually a Forge in the Forest guy - that is one of my 5 favorite restaurants in California - but next time I think I will check this place out, too.