Sunday afternoon Jennifer, James and I set out for the San Fransisco Airport. James needed a ride to begin his month long vacation to New Zealand. The lucky bum will spend 30 days of exploring the countryside with no plans or early wake up calls. I am truly envious. Anyhow, we all needed a bite to eat so we saw a little sign passing IKEA off the 101 and pulled on in... 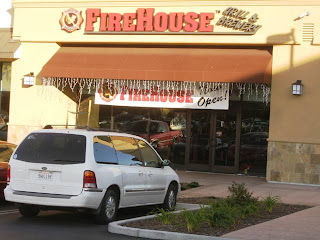 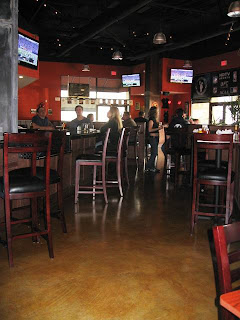 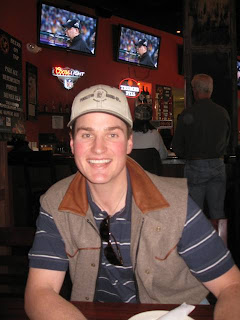 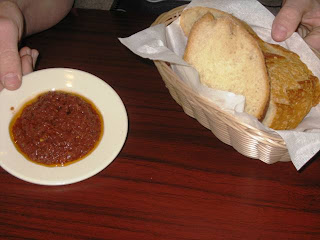 We sat down in the far corner of the restaurant and seemed to get the attention of the waiter fairly quickly. We let him know we had to be at the airport and needed speedy service. We browsed over the menu and were brought out bread and spread. The spread seemed to be a sun dried tomato, olive oil, lemon puree. It was awkward tasting at first but grew on me. Almost addicting. The menu was very eclectic - ranging from Pan Roasted Mussels to Media Noche - a Cuban roasted pulled pork, smoked ham, swiss cheese and spicy mustard sandwich. 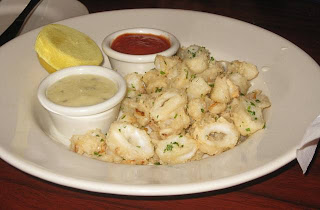 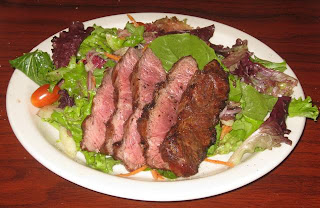 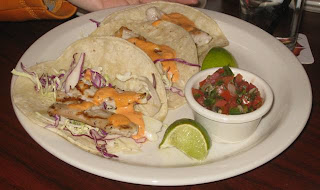 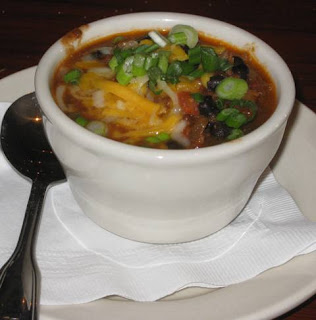 The three of us decided we needed a appetizer to share so we chose the Calamari. The batter could have stayed in the quick fryer a little longer, it needed to be crispier. But, I am not going to lie - anything fried tastes delicious so it was not so bad. The tarter sauce had a touch of capers so I enjoyed that with the cocktail sauce finishing a close second. James ordered the Flat Iron Steak Salad - the wonderfully rare steak shared a plate with red onion, tomato and mixed greens. The balsamic vinaigrette was a nice tangy balance to the meal. Jennifer ordered the Fish Tacos and was slightly underwhelmed. The grilled mahi mahi, chipotle aioli, cabbage and pico de gallo did not have that wow factor. Meh. And last but not least, I ordered a cup of the Five Alarm Chili. I enjoyed this very much. The emphasis of this chili was on the meat! There were black beans and other veggies in it but the ground beef was the star. I defientely felt the heat, it snuck up on me though... slow burn. Ring the alarm!

All in all, I was pleased. The food was not the best but it was pretty decent. I mean we were at a brewery after all. The waiter gave us a 25% discount because we had a slight wait, it was not a big deal. That was nice of him. The restaurant seems like a cool place to go and watch sports because of all the flat screen televisions strewn about. I give this place 1.5 thumbs up for being a grown up sports bar. I would return. 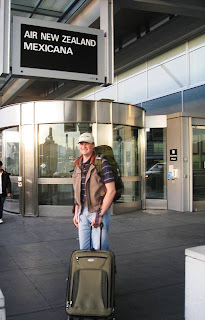 We dropped James off with plenty of time for him to check in and go through security. I hope he has a safe, fun filled trip. Bon Voyage!
Posted by Melissa Good Taste at 6:53 PM