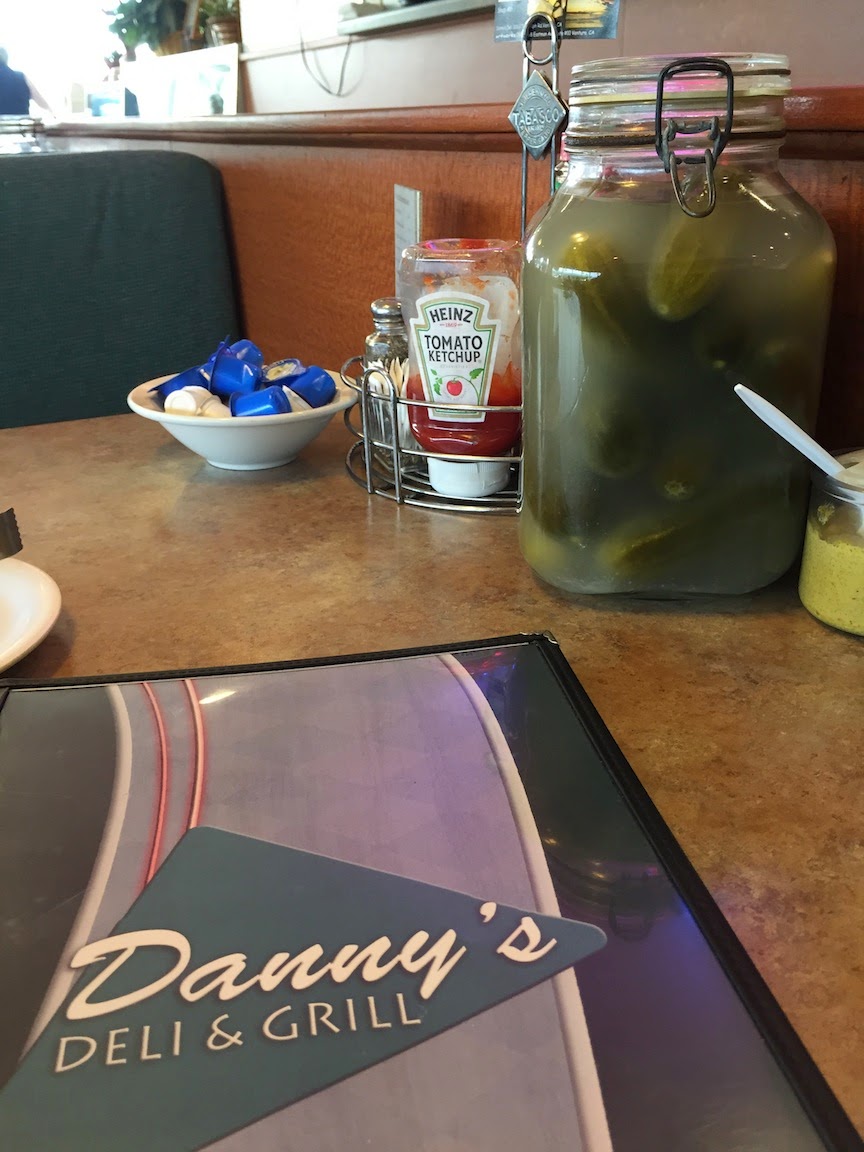 I have driven past Danny's Deli probably a thousand times without ever giving it a chance. I am foolish for never stopping because the parking lot is always packed. That has to count for something! Anyway, on Friday I stopped in for an early lunch after I had my first ever MRI. MRI?! Melissa good Taste is getting old. I was sat at a large booth and was greeted by a very large jar of pickles. 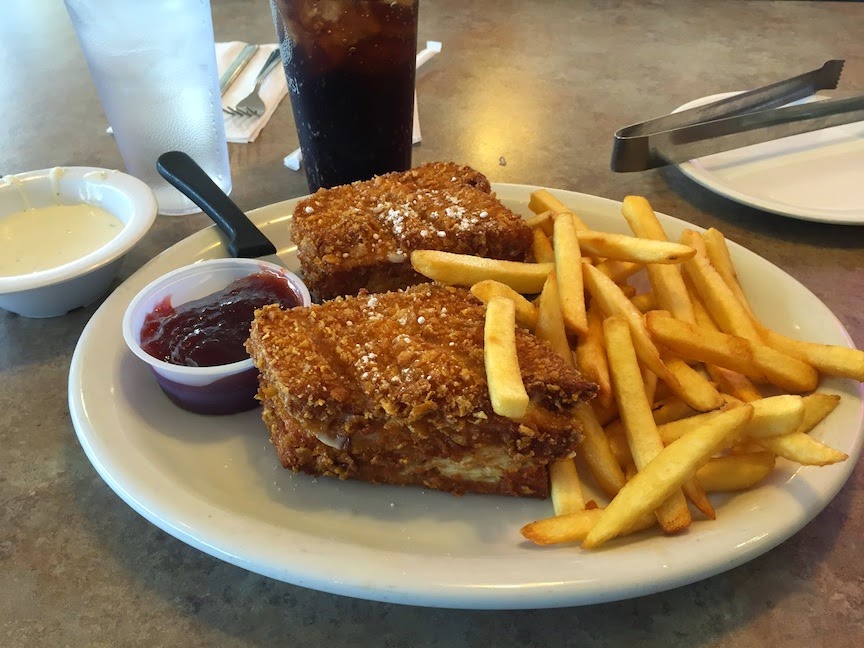 The first thing I saw upon opening the menu was a Monte Cristo. That was an easy sell, I remember I fell in love with the Monte Cristo sandwich while dining at the Blue Lagoon in Disneyland over twenty years ago. Piping hot fries and side of ranch dressing came with the glorious sandwich for me to enjoy. 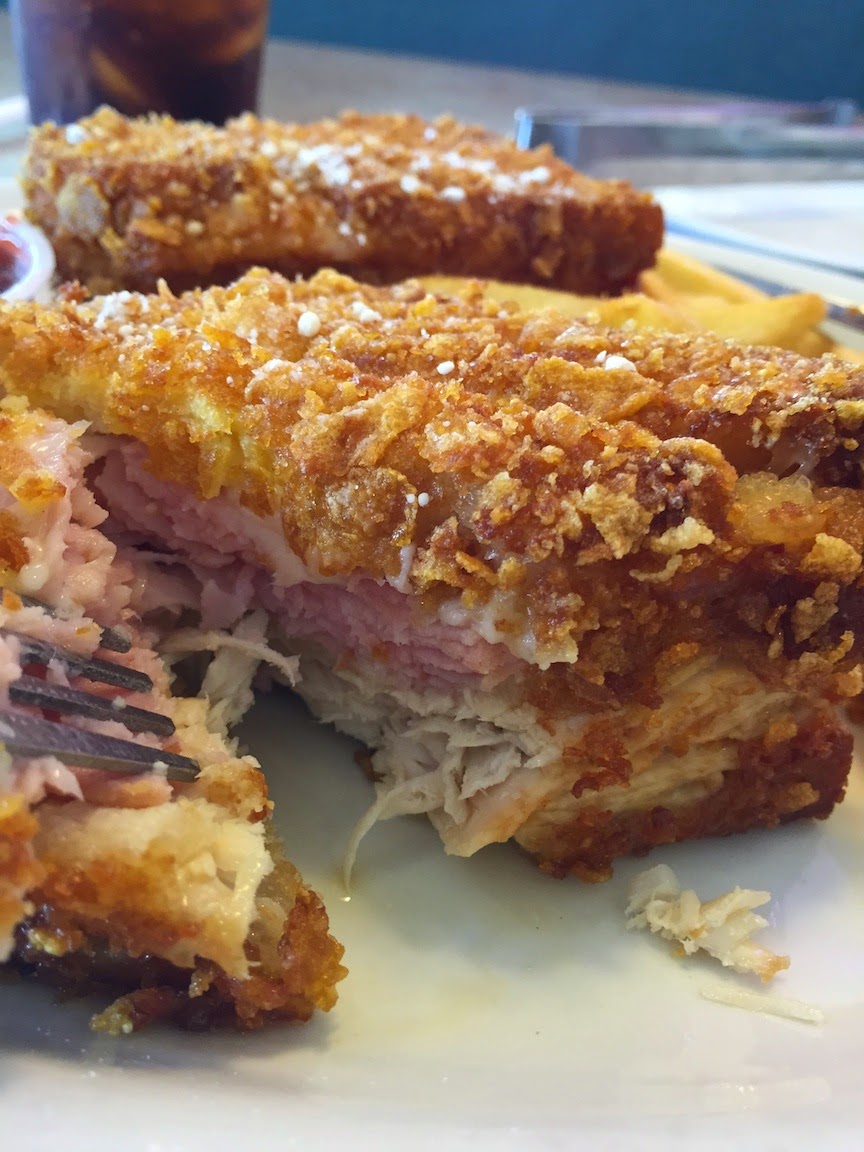 I liked this version a lot. The outside is crunchier than most versions I have had. It does require a sharp knife to work your way through the crunchy shell and massive body. The layers of ham and turkey are totally pronounced but could possibly supply an extra serving of cheese, as I did not notice it all.
Danny's deli based on my first experience was great. With an addition of a soda, I escaped with a $13 bill and still had tons of food left on the plate that I absolutely could not even finish. I look forward to returning to sample some of their "deli" fare such as lox and whitefish. It all sounded great.
Posted by Melissa Good Taste at 12:25 PM