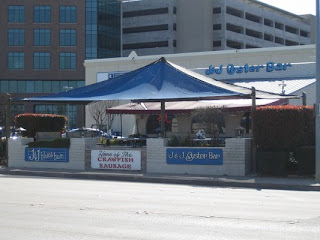 During a free set of the NCHA Super Stakes we found some time to go on down University Avenue to go to J & J Oyster Bar, also known as J & J Blues Bar... I had no idea that this place turns into a rockin' party after the sun goes down! 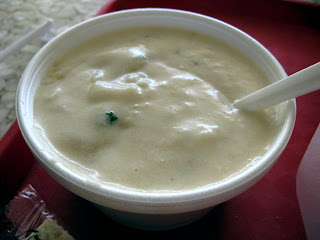 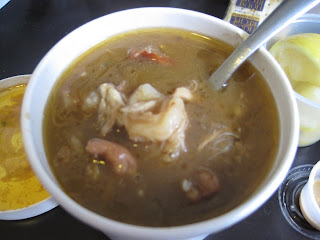 There is pretty much everything seafood on the menu but Lauren and I both went for soup. Originally we both ordered the Clam Chowder but we were informed there was just enough for one more bowl, so I graciously encouraged Lauren to have it. I ordered the Gumbo instead and think I actually came out on top! It was delicious! Lauren was not too impressed with her chowder. 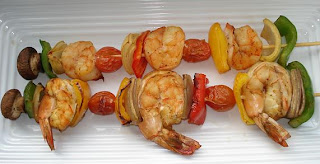 Scott encouraged us to order something other than soup - since we were at a major seafood destination in Fort Worth, so we split the Shrimp Kabobs. They were tasty. The grilled vegetables were a nice treat as well. 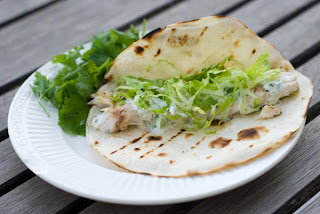 Scott ordered the Fish Taco plate, there were 3. He seemed to enjoy them. No complaints were heard. He really likes Fish Tacos and orders them quite regularly, I am sure these were ranked pretty high on his Fish Taco Scale.

It was a beautiful day in Fort Worth so we enjoyed sitting outside, soaking up some sunshine. Thank goodness for the Saltines that were sitting on the tables, we were starving and it seemed to take a little while to get our food. Our server was pretty busy, we didn't see her too often - it was a busy day at J & J's! I would definitely go back, I didn't even get to try the Crab Cakes - what was I thinking?!
Posted by Melissa Good Taste at 8:50 AM